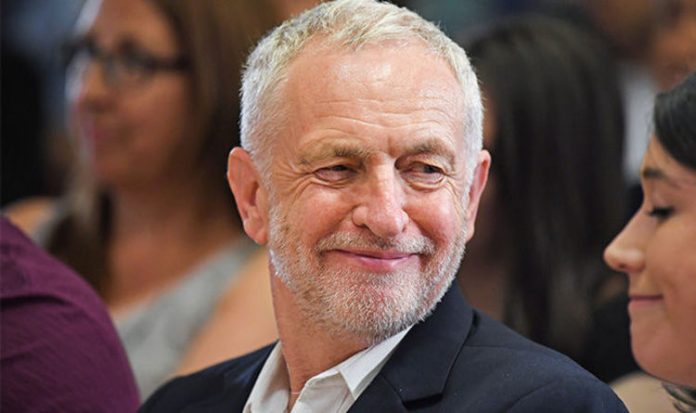 The Labour leader threw down the gauntlet after his shadow Brexit Secretary Sir Keir Starmer said his party could not rule out a second referendum on the terms of the UK’s exit from the Brussels bloc.

Mr Corbyn said MPs would vote on the deal and “personally I think it should trigger a general election if they can’t get agreement”.

Speaking after nine-hour marathon talks at Chequers, Jeremy Corbyn blasted Mrs May and said he had a “feeling the whole thing might start to unravel in a few days”.

The left-winger said the deal did not have “widespread support” within the Tory party and it was unclear whether Brussels would accept the plan.

“Here we are, two years since the referendum and the Government still hasn’t produced a white paper on its own negotiating stance.

“We will obviously examine the details of this alleged agreement within the Cabinet”.

Labour’s position on Brexit remains unclear with party leader Jeremy Corbyn suggesting the party would want a “form of customs union” despite backbenchers proposing to keep Britain in the EU.

And today, Mr Corbyn, on a campaign trip to Grays, Essex, said his party had been arguing for a customs union.

He said: “We have been talking about that since the very beginning, it is interesting that at last some of the most recalcitrant elements are beginning to recognise that there has to be a customs union and there isn’t the option of some sweetheart trade deal with the US that doesn’t a) mean that we limit our trade with Europe and b) means we would have to diminish our environmental regulations and standards.”

Mr Corbyn’s call for a general election came after Sir Keir told a private meeting that Labour was open to the option of a referendum on the terms of the UK’s departure from the EU.

The shadow Brexit secretary said Labour was not explicitly calling for a public vote on the final deal and respected the result of the 2016 referendum.

He said: “It is Parliament that should decide what happens next, it should have the power to decide the options, and this might involve a general election or a ‘People’s Vote’.

“We’re not calling for it. We respect the result of the first referendum.

“But we’re not ruling out a second referendum.”

The Unite union, Labour’s biggest financial backer, is also open to the possibility of a second referendum if the Brexit deal is unacceptable.