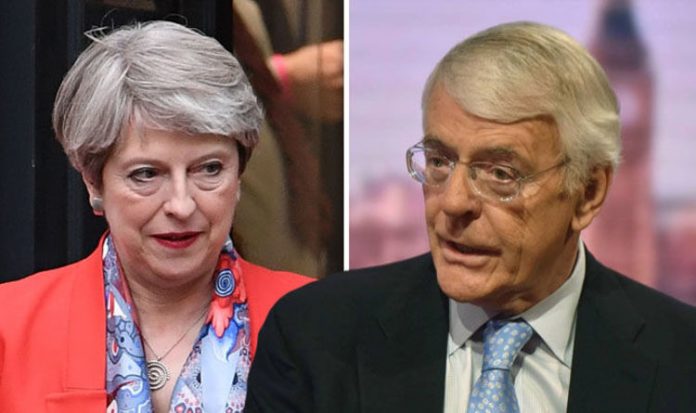 The former Tory leader said the “fantasy” aspirations of Brexit campaigners had been shown to be unworkable and the only solution was a second vote.

He said: “If you look back at the Leave campaign a great many of the promises they made were fantasy promises. We now know they’re not going to be met.

“Would you buy a house without knowing the price? No, you would not.

“Should we finally decide to leave Europe without knowing the cost of doing so?

“And by the cost I don’t just mean to the government, to the nation, I mean to the lives of individual people in every constituency in the land.”

He said leaving the EU would be a “terrible betrayal” for Britain and said Mrs May needed to challenge the hardline Brexiteers in the Tory party.

Mr Major said: “If I had my way I would put a sign on every Member of Parliament’s desk which said: ‘People, people, people’.

“Because that is what matters at the end of these negotiations.The people who are going to be affected maybe represented by Conservative MPs or Labour MPs or Lib Dem MPs or Scottish nationals or whoever.

“And I think the majority of the House of Commons should not let this irreconcilable minority within the Conservative Party determine what happens in these negotiations.”