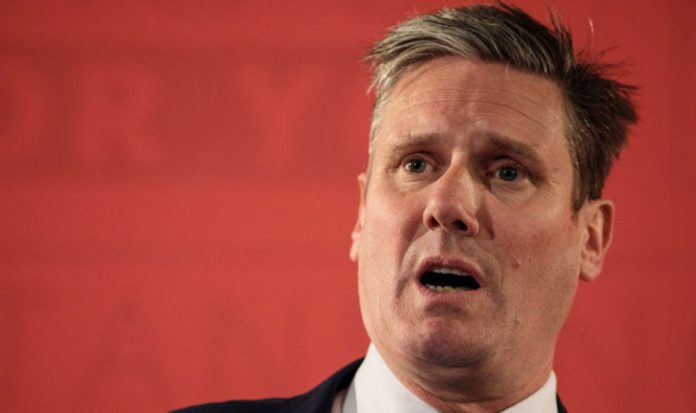 Shadow Brexit Secretary Sir Keir Starmer said a vote to stay in the European Union was not ruled out – but Shadow Chancellor John McDonnell made clear his grave reservations about the idea.

It came on the eve of a crunch vote on Tuesday at the Labour conference in Liverpool where party splits are expected to be laid bare.

Anti-Brexit activists on Sunday night suffered a setback in their hopes of Labour throwing its weight fully behind having a new referendum.

Hours of behind-closed-doors debate to create a compromise motion from more than 100 local parties’ demands for a new referendum produced a watered-down version to be considered on Tuesday at the conference.

Its reference to a new referendum says only that “if we cannot get a general election, Labour must support all options remaining on the table, including campaigning for a public vote”.

Shadow Chancellor McDonnell, a key ally of Jeremy Corbyn, indicated today that any new referendum should be on whether to accept a deal with Brussels or to conduct fresh talks with the EU, not on trying to reverse the 2016 Brexit vote.

“We argued for Remain in the past but we lost that vote so we have to respect that,” he said.

“All the polling that we have seen is that the country is still pretty split down the middle.

“My big worry is that if we go for a referendum which is seen as just a simple re-run we could divide the country again, we could get almost the same result or if it’s slightly different that people demand another referendum.”

The wording of the referendum question would be for Parliament to decide but he added: “If we are going to respect the referendum it will be about the deal.”

Hours later, Shadow Brexit Secretary Sir Keir – who has clashed before with the leadership over the party’s Brexit policy – told journalists that Sunday night’s marathon meeting on policy “was very clear that the question of a public vote should be open.

He stressed the party was deliberately not being “prescriptive” about the question that could be posed in another referendum, and was “certainly not ruling out” the option to stay in the EU.

Mr McDonnell later sought to quash speculation about rifts at the top of the party, telling a conference fringe meeting that “Keir is right” to say that all options were on the table.

But the Shadow Chancellor also stressed: “The issue there is that we’re saying ‘respect the last referendum’ and I just think we have to be careful what we wish for.”

A spokesperson for the anti-Brexit People’s Vote campaign, commented: “The facts are clear, as John McDonnell himself admits – the motion before Labour conference offers a clear pathway to a People’s Vote with the option of staying in the EU very firmly on the table. That is what everyone who was in the room when the motion was agreed knew they were signing off, and that is what Labour conference will be voting on tomorrow.”

David Lammy, one of the Labour MPs pushing for a new “people’s vote”, said “thousands” of people marching for a second referendum did not do so “to be offered a farcical referendum on ‘no deal’ or ‘a bad deal’. It absolutely must include the right to remain in the EU.

“A People’s Vote is the only realistic option to save this country from the car crash of Brexit.

Saying an early election would not get the required support of Tory or DUP MPs.

Mr Lammy added: “We’ve now got to turn up the noise until we secure a public vote which gives us the option to remain in the EU.”

Eloise Todd, of the Best for Britain campaign for a second referendum, said: “John McDonnell has confirmed that Labour would back a public vote on Brexit if a general election doesn’t take place.

“It would be unthinkable for this to not include an option to stay in the EU, and not what the 90% of Labour members who back a public vote would expect.”

Prime Minister May has repeatedly ruled out holding a second referendum.

Allies of Mr Corbyn insist the wording of today’s motion does not commit him to backing a new vote as it would still be only “an option on the table” if Mrs May refuses to call a new election.

However, Mr McDonnell encouraged second referendum campaigners by telling interviews: “If we don’t get a general election, then yes, we will go for a people’s vote.”