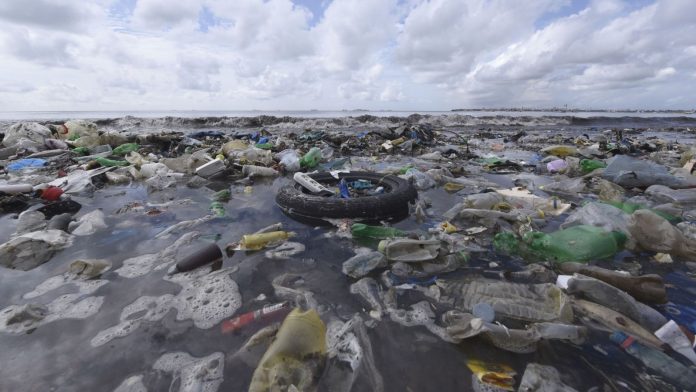 Britain is to call for a third of the world’s oceans to be protected from damaging activity by 2030.

The ambitious target, announced at the United Nations General Assembly in New York, would ensure the marine environment has a “buffer” against the effects of climate change, plastic pollution and human exploitation.

It’s a significant victory for Sky Ocean Rescue which has campaigned for tighter marine protection.

Just 3.7% of the world’s oceans are currently designated as marine protected areas (MPAs).

But the Environment Secretary Michael Gove called for a far more ambitious target of 30% by 2030, to provide meaningful protection.

He said: “Protection of our oceans is a global challenge which requires global action.

“The UK has already safeguarded vast swathes of precious marine habitats, but we must go further.

“Only by working together can we protect our shared home and ensure our marine life continues to be a source of awe and wonder for future generations.”

He told Sky News: “It feels like my long swim was all worth it.

“I swam for 49 days, the full length of the English Channel, and I was struck by how little wildlife I saw. It really worries me.

“This announcement is an important start to putting things right.”

The UK has already pledged to protect almost two million square miles of its extensive marine territory in the Atlantic and Pacific oceans.

Closer to home, 36% of England’s waters are currently safeguarded as MPAs, in what the government calls a Blue Belt.

But conservationists say the current level of protection is too weak.

He said: “I would love to see a ban on fishing in our MPAs.

“But at the very least we need bans on bottom trawling and dredging because of the damage they do to the seabed.”

Professor Roberts said fishermen benefit from protected areas because they act as nurseries for fish, which then spill over into surrounding areas where they can be caught.

Louisa Casson, ocean campaigner at Greenpeace UK, said: “It’s great that through this commitment the Government is showing the kind of vision that is needed internationally if we’re to safeguard our oceans.

“To deliver this vision: our global oceans need a global treaty.

“That would allow for the creation of a network of ocean sanctuaries outside of national borders: areas which are safeguarded from human exploitation.

“Our oceans sustain all life on Earth and a network of ocean sanctuaries can breathe life back into them.”

:: To find out more about the issues affecting our oceans and how to #PassOnPlastic visit skyoceanrescue.com.