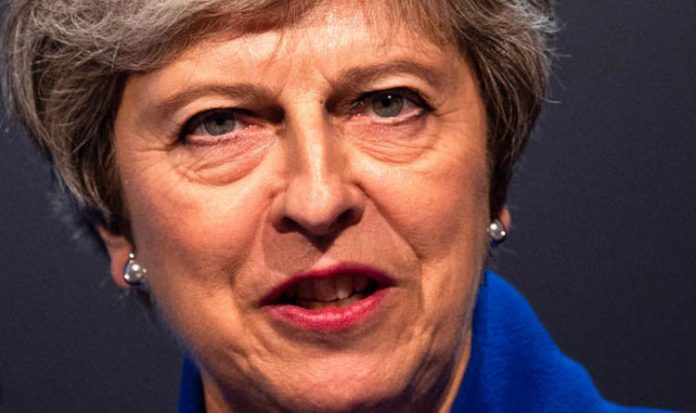 The full-page promos dismissing the proposal for Britain’s future relationship with the EU as the “same old, same old” have appeared ahead of a series of rallies due to start on Saturday.

Organised by Leave Means Leave, the adverts say Theresa May’s bargaining position with the EU “hardly changes anything”, and highlights the benefits of leaving on World Trade Organisation (WTO) rules.

“It’s obvious where the greater opportunities lie. It’s time to deliver what we voted for.”

Leave Means Leave said on Sunday it planned to run the advert in 30 newspapers with a combined audience of five million people.

Those to run it on Tuesday included the Yorkshire Evening Post.

A series of rallies will begin in Bolton on Saturday followed by Birmingham, Torquay, Bournemouth, Gateshead and Harrogate.

The advert comes as the UK urges European leaders to compromise on their Brexit stance on the eve of a major summit.

Mrs May will use Wednesday’s summit in Salzburg, Austria to make a direct pitch to fellow leaders to back her divisive Chequers proposals.

Brexit Secretary Dominic Raab said it was time for the “compromises” made by the UK to be “matched on the EU side”.

In a sign that Brexit talks could go to the wire, the EU is preparing for a final deal to be struck at an emergency summit in November, rather than the scheduled October meeting previously targeted by both sides in the negotiations.

The deal has to be finalised well in advance of the UK’s March 29 2019 exit from the bloc so the parliaments in Westminster and Strasbourg can sign off on the agreement.

In Brussels, the EU’s chief Brexit negotiator Michel Barnier was briefing ministers from EU governments on Tuesday on remaining issues in the divorce talks, including the Irish border, as well as the framework for the UK’s future relationship with the EU.

Arriving at the Brussels meeting, Brexit minister Lord Callanan said: “If we are to get a deal there has to be compromises from both sides and we look forward to seeing what the EU side has to say about this.”