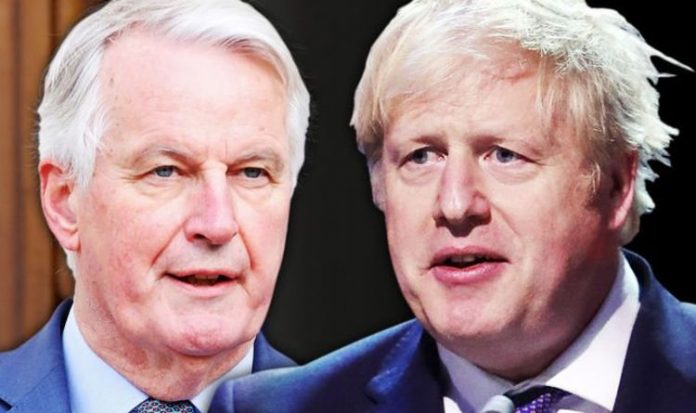 Former Brexit Party MEP Ben Habib claimed the UK needed to show the EU it is serious about leaving the bloc without a trade deal. While speaking to Michael Heaver on Westmonster, Mr Habib insisted Michel Barnier was behaving as if the EU had put the UK on the back foot, as they had with Theresa May. He went on to defend the idea of a no deal Brexit and highlighted mistakes he felt the Government was making in the trade deal.

Mr Habib said: “Michel Barnier is having a laugh at our expense.

“I think he feels that he has got the UK on the same sort of backfoot that he had Theresa May on.

“We have got to disabuse him on that.

“Until we can convince the EU that we are serious about leaving without a deal they will keep messing us about.

“The best way to convince them is to just walk away.”

Mr Habib also took aim at the Government for its lack of preparation for a no deal Brexit.

He said: “I suspect that Boris Johnson doesn’t believe in a no deal Brexit, for all of his championing and bravado.

“You might recall that last year or so they said we would be out by the 31st of October with or without a deal.

Mr Habib closed by criticising the UK Government not sticking to its deadlines.

He said: “They set a deadline in a negotiation, in February they said if we haven’t got a deal by the 30th of June we will cease negotiations.

“If you set that kind of deadline, for goodness sake stick with it.

“The minute your bluff is called you are so weak.”