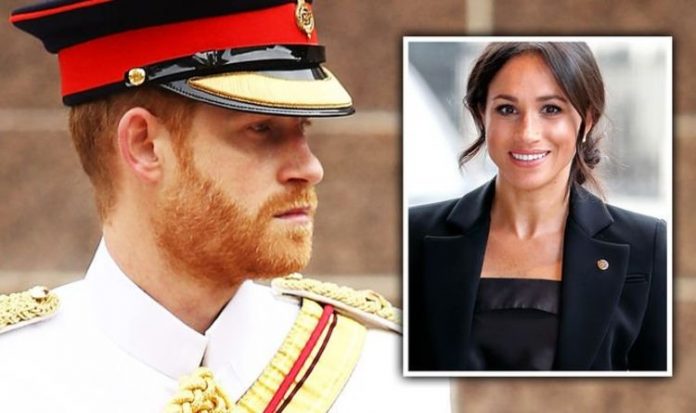 Meghan Markle, 39, and Prince Harry’s, 35, next steps as non-working royals are a point of hot interest. In recent weeks the couple have moved from Los Angeles to their new home in Montecito where they are surrounded by celebrity neighbours.

While Meghan has openly leant her support to campaigns encouraging people, in particular women, to vote in the upcoming US election, as a British citizen Prince Harry is likely to steer clear of party politics.

“The rain that refreshes the parched ground is made up of single drops.’ That is why I vote.”

But while Meghan may be keen to voice her views on US politics, as a British citizen, Prince Harry is expected to stay out.

A royal commentator has shared his thoughts on the different causes he expects Harry and Meghan to focus their energies on in future.

Mr Fitzwilliams said: “Both of them feel strongly about what they class as hate speech online and privacy.

“After their dreadful handling of Finding Freedom, they will get less support in Britain.

“However they are aiming at an American market.

“Their arrangement which the Queen brokered at Sandringham will be reviewed by the end of March next year.

“Calls for Meghan to lose her royal title because of what is perceived as political comments are wide of the mark at the moment.”

Meghan and Harry were due to launch their new non-profit venture Archewell soon after withdrawing from the royal bubble but put the project on hold during the pandemic.

Mr Fitzwilliams believes the couple could use their celebrity neighbours in their favour in future.

He said: “They will launch their non-profit organisation Archewell when the pandemic permits.

“Then with friends who can open any door in Hollywood who knows what the future holds!”