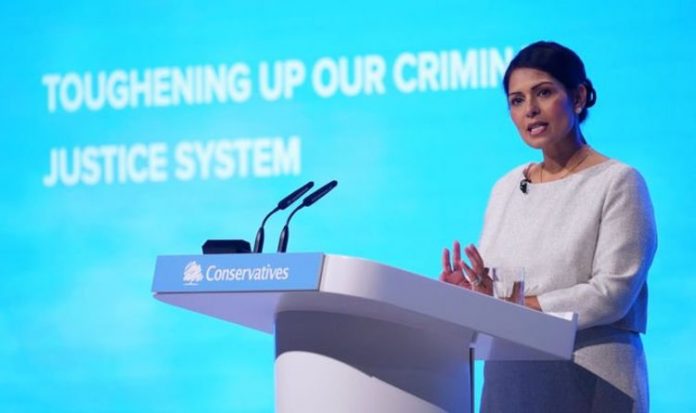 Under new immigration rules, which are set to come into force on January 1, EU citizens who are rough sleeping could face deportation from the UK if they refuse support.

Support includes being offered accommodation and benefits from the authorities.

A YouGov poll – conducted on October 23 – asked 2,936 adults whether they support or oppose the new legislation.

More than half (62 percent) of Britons questioned supported the new rule.

The poll separated the voters into various categories including region, gender and politics.

Out of these, 58 percent were in favour of leaving the European Union compared to just 21 percent of Remainers.

On Thursday, the Home Office laid down a statement of changes to the immigration rules before the UK Parliament.

The document outlined the new immigration rules for the post-Brexit immigration system to come into effect at the end of the transition period in December.

READ MORE: European criminals who’ve spent a year in jail to be BANNED from UK

She later tweeted “Under changes laid in Parliament today, EU citizens coming to our country will be subject to the same firm and fair criminality rules that apply to non-EU citizens.

“We are taking back control of our borders.”

From January 1, 2021, foreign criminals sentence to at least a year in jail will be banned from entering the UK.

Foreign criminals sentenced to less than a year in jail could also be banned as well as those who have yet to receive a prison sentence.

All offences will be considered, whether committed in the UK or overseas.

According to the government website, these new changes do not apply to EU citizens protected by the Withdrawal Agreement.

The Extradition Bill will also give the police power to immediately detain internationally wanted criminals without having to apply for a UK arrest warrant first.

The UK formally left the European Union back in January and negotiations have been ongoing all year.

This month the crucial deadline for an agreed deal came and went without a deal but both sides are holding talks this weekend with the hope of securing a free trade agreement.