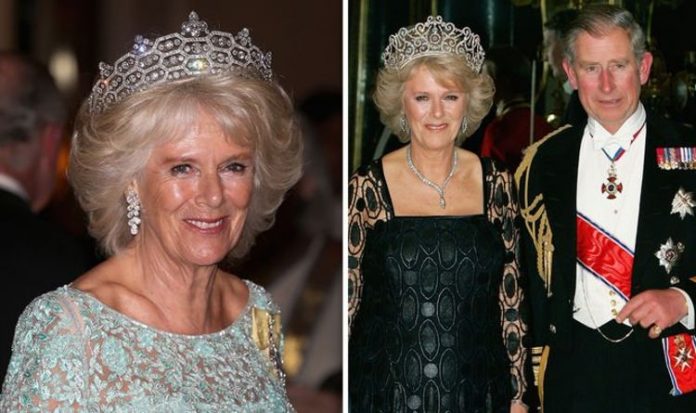 Charles and Camilla have been happily married for 15 years. The couple appear to be taking on more responsibility within the Royal Family as the Queen and Prince Philip get older. Particularly in the wake of the coronavirus crisis, as the monarch and the Duke of Edinburgh have shielded to avoid contracting the disease, Charles and Camilla have become the visible face of monarchy.

It has provided royal watchers with a glimpse of how life might look when Charles ascends the throne.

However, Camilla’s family are “fearful” over what will happen when Charles becomes King, according to royal biographer Penny Junor.

In her book ‘The Duchess’, Ms Junor writes: “At least one member of her family doesn’t want her to become Queen for fear of a backlash.”

The family member told Ms Junor: “I think it would be better for her if she became Princess Consort.

“I do so want her to be alright and I do worry that she won’t be.

“How is she going to be judged?

“That’s the thing I feel fearful about.

“Between Diana and the Queen is a hard place to be. People might go a bit wild.

“The Queen who’s been in our lives forever, the worship of Diana, and suddenly Queen Camilla.

“It’s going to be such a shake-up.

The author also spoke to former MP Frank Field, who worked with Camilla as patron of his Foundation Years Trust.

Charles and Camilla on their wedding day (Image: GETTY)

He said: “Charles will try and press on her to be crowned Queen.

“And it is right that he should do so.

“We have no known basis of the wife of the King not being crowned Queen.

“It is how that goal is achieved which is crucially important.”

Ms Junor added: “The title then by the wife of the King is not a matter of law, it is established through custom and practice.

“In the past, the wives of Kings have been known as Queens Consort – but they have never arrived in that position via the divorce courts.”

She continued: “I have little doubt that Charles is so proud of Camilla, and so grateful for everything she has done for him and sacrificed for him, that he will insist she gets the full title.

“Friends and family know it is not something she wants – she has said as much.

“The whole business of his accession is something she dreads and, in her inimitable way, is choosing not to think about.”

Clarence House has maintained the same position since Charles and Camilla’s wedding in 2005.

At the time, it was announced that Camilla would be known as HRH The Princess Consort when Charles ascends the throne.

Any royal titles, such as Queen Consort or Princess Consort, are conferred by the monarch.

This means that the final decision will rest with Charles, who as monarch will not need to consult Parliament about the title.

Many royal watchers are keen to uphold the historic tradition of naming the sovereign’s wife Queen, including veteran royal reporter Jennie Bond, who said: “If your husband is King then you’re Queen, quite frankly.

“I do think she deserves that place and that respect.”

However others, like Ms Junor, point to the fact that a divorced monarch is unprecedented in modern times.

‘The Duchess’ was published in 2017 by William Collins. It is available here.