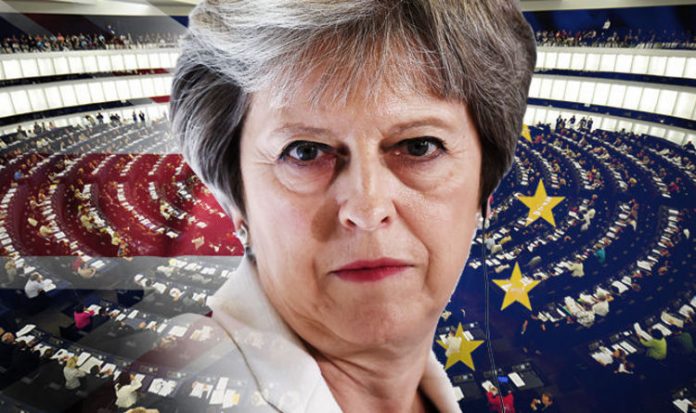 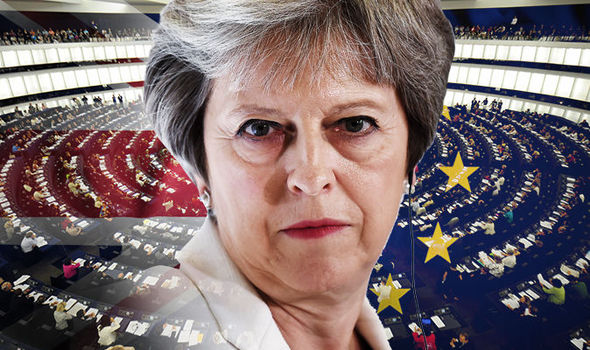 At the first gathering of her Cabinet since her forced reshuffle, the Prime Minister today told her team every Whitehall department must be ready in case negotiations with Brussels collapse.

Her message was seen as a challenge to EU chiefs to respond positively to her new Brexit plan or she will walk out of the talks without a departure deal, cancelling the UK’s expected £40billion exit payment.

Former minister David Jones said: “It’s very good news that preparations are being speeded up for a no deal scenario.”

He added: “This should have been done many months ago, but it will give a lot of reassurance to British businesses.

“Given the challenges that the Chequers proposal faces – particularly in respect of freedom of movement of labour – a ‘no deal’ outcome is very possible and it is important that we should be prepared.”

Mrs May’s reshuffled Cabinet put on a show of unity today following the resignations of Boris Johnson and David Davis earlier this week.

The two leading Eurosceptics quit, accusing the Prime Minister of making too many concessions to Brussels in her plan approved by a special Cabinet meeting at Chequers last week.

In an attempt to draw a line under the departures, Mrs May signalled her desire to resume talks with Brussels for serious discussion of her offer.

Dominic Raab, who succeeded Mr Davis as EU Exit Secretary in the reshuffle, delivered a presentation to the Cabinet on Brexit policy and the preparations for a “no deal” outcome.

The Prime Minister’s official spokesman said the Cabinet backed the new push for a deal with Brussels based on Mrs May’s plan.

“The cabinet discussed the white paper and also agreed that no deal preparations should be stepped up,” the spokesman said.

She also paid tribute to Mr Johnson and Mr Davis. Afterwards, the Prime Minister said the meeting had been productive.

In a message on Twitter, she wrote: “Productive Cabinet meeting this morning – looking ahead to a busy week. And sending our best wishes to @England for tomorrow!”

Outside the meeting, Environment Secretary Michael Gove, a leading EU Leave campaigner, insisted he had no intention of following the pair out of the Cabinet.

He vowed to back the Prime Minister’s Brexit plans “100 per cent”.

Mr Gove told reporters outside his London home: “I admire Boris and David very much and I’m sorry that they have left the Government.”

International Trade Secretary Liam Fox, another long-standing Eurosceptic, was seen to shake his head and mouthed the word “No” when reporters asked him on his way out of Cabinet whether he was about to quit.

But leading backbench Eurosceptic Jacob Rees-Mogg warned the Prime Minister she will face rebellions over other policies if she tries to strike a deal with Labour MPs to get her Chequers plan through Parliament.

Mr Rees-Mogg, who is the leader of the influential pro-Brexit European Research Group of Tory MPs, said: “If the Government plans to get the Chequers deal through on the back of Labour Party votes, that would be the most divisive thing you could do.

“And it would be a split coming from the top, not from the members of the Conservative Party across the country.”

Earlier, Justice Secretary David Gauke risked angering Tory Eurosceptics by signalling that further concessions to Brussels could be on the way in the talks.

In a BBC interview, he said: “What I would say to those of my colleagues, if there are some, who think this is pain-free and this is just something that we can ride over very easily, is no deal will have a negative impact on our constituents, on the British public.

And shockwaves following the Cabinet resignations continued to be felt around Westminster today.

Mrs May was hit by two more resignations from her team when MPs Maria Caulfield and Ben Bradley both quit their roles as vice-chairmen of the Conservative Party.

Ms Caulfield, who was appointed to her post in January to reach out to women voters, wrote to Mrs May: “I cannot support the direction of travel in the Brexit negotiations which, in my view, do not fully embrace the opportunities that Brexit can provide.

“The policy may assuage vested interests, but the voters will find out and their representatives will be found out. This policy will be bad for our country and bad for the party.

“The direct consequences of that will be Prime Minister Corbyn.” 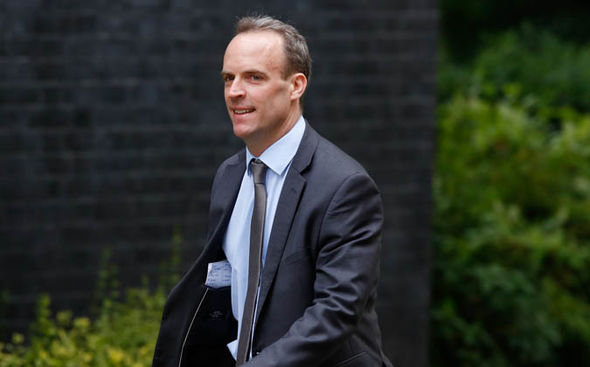 Mr Bradley, who was vice chairman with responsibility for reaching out to younger Tories after last year becoming the first Tory MP for Mansfield since the seat was created in 1858, wrote to the PM that he understood the challenges she faced in delivering Brexit.

“However I have come to the conclusion that I cannot in good faith be a spokesman for the party or for Government on this issue, and I cannot with any sincerity defend this course to my electorate, 71 per cent of whom voted to leave the European Union.”

Tory MP Andrew Bridgen has openly called for Mrs May to stand down, saying her Brexit plan was a betrayal of the 2016 EU referendum vote.

In a letter to the 1922 Committee of Tory backbenchers calling for a party leadership contest, he wrote: “The negotiations with the European Union appear to have deteriorated into a state of complete capitulation.

“We have to deliver Brexit or we will be punished at the polls at the next General Election.

“All we have asked from the Prime Minister is that she sticks to what she has promised on repeated occasions when she declared that ‘Brexit means Brexit’ and pledged to take back control of our money borders and laws.

“But it now appears those promises are all a pretence and a charade intended to dupe the electorate which is an insult to their intelligence.

“Therefore, in the interests of our country and the future of the Conservative Party, I feel the time has come for a new leader as so I am writing this letter to inform you I have no confidence in the Prime Minister.” 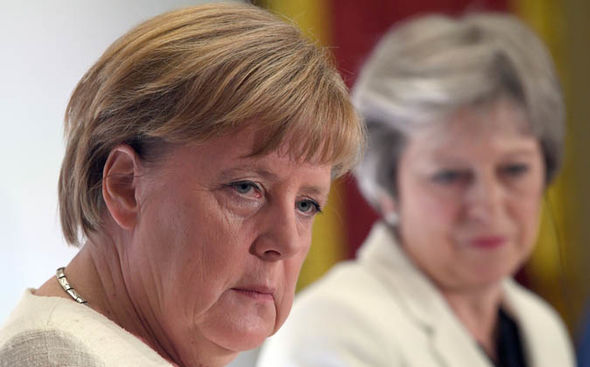 Mrs May has insisted her new Brexit plan “absolutely keeps faith with the vote of the British people.”

Speaking alongside German Chancellor Angela Merkel at a joint news conference during a London summit, the Prime Minister said: “We will bring an end to free movement, an end to the jurisdiction of the European Court of Justice in the UK and an end to sending vast sums of money every year to the European Union.

“But we will do this in a way which will be a smooth and orderly Brexit that protects jobs, protects livelihoods and also meets our commitment to no hard border between Northern Ireland and Ireland.”

“I can only say on behalf of all the people of Germany that even after Britain has left the EU we want to have as close a relationship with Britain as possible, which I think is true for the other EU member states.

“What we want to do now is bring the negotiating process forward, Britain will table a white paper and we have actually made progress.”

The German Chancellor said the 27 nations remaining in the EU will soon table “a common response” to the UK proposal.

“We as a 27 will table a common response. That is a good thing, where we have proposals on the table,” she said.