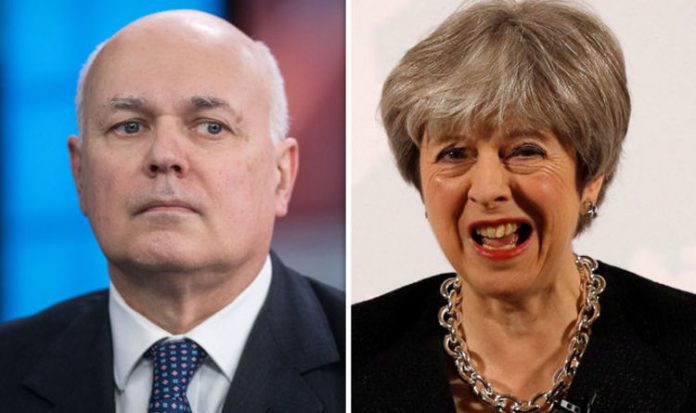 The Whitehall source claimed Mrs May’s move to relax her professed “red lines” in the European Union negotiations will backfire and result in a “seismic moment” for her party.

“If that narrative takes hold, 1997 will look like a vicar’s tea party,” the source told The Telegraph.

Speaking on Saturday, former Conservative leader Iain Duncan Smith, accused the Prime Minister of betrayal, suggesting the agreement will essentially be a “continued membership” of the EU’s customs union and single market, for goods and agricultural products.

Mr Duncan Smith said: “If the public perceive that not to be delivered, then the Government, I’m afraid, will suffer the consequences at the next election.”

Another senior Brexiteer stated: “If this deal sticks and is what the EU27-UK final deal looks like, the party will split.”

Iain Dale, the LCB broadcaster, also warned that the Government’s blueprint, which is “Brexit in name only”, will end in the worst possible way for the Tories.

During BBC Newsnight, Mr Dale told presenter Evan Davis he knew where the public will land on the agreement as he speaks to them “for three hours on the radio every day”.

He said: “A lot of them are saying that if Theresa May does not go through with a realistic Brexit, not a Brexit in name only, many of us will not only never vote Conservative again.

“We will never vote again.

“And this is the problem.

“Many of them are going to feel betrayed by this.”

This weekend, a number of pro-Brexit MPs also heavily criticised the members of the Government for not taking a greater stand against the blueprint.

One senior MP said: “Brexiteer ministers have put their careers before their country.

“They are traitors to the nation.”

After crunch talks in Chequers on Friday, the Prime Minister gained unanimous backing by her Cabinet for her blueprint for Britain’s future relationship with the bloc.

The joint statement signed by the Prime Minister and her Cabinet ministers put forward a plan for an “economic and security partnership” with the EU.

The plan, a close regulatory alignment with the EU’s single market for British exports, is a firm push towards a Brexit end-state that looks very much like Norway.

However, Theresa May is likely to be confronted by Eurosceptic backbenchers during the meeting of the party’s influential 1922 Committee on Monday. 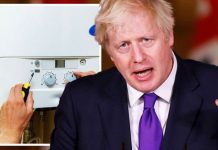 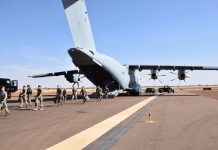