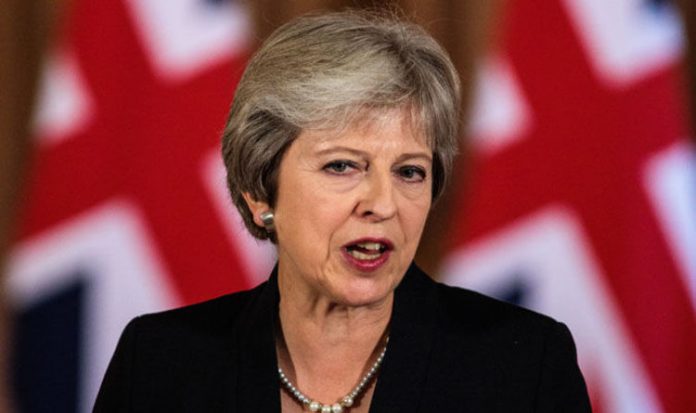 After months of wrangling, ministers agreed to support border controls based on filling skill shortages in the economy instead of keeping an open door to the EU.

The new system is expected to come into force at the end of Britain’s planned transition out of the European bloc in December 2020.

A Government “white paper” policy document setting out the plan is expected to be published next month.

A Downing Street spokeswoman said: “The Cabinet agreed that, once free movement is brought to an end, the Government will be able to introduce a new system which works in the best interests of the UK including by helping to boost productivity.”

Home Secretary Sajid Javid, who has been pushing to end preferential treatment for EU citizens, led yesterday’s Cabinet discussion of the plan at Downing Street

A ministerial source said: “Sajid reiterated the position that there will be a complete end to free movement.”

His plan is understood to include some access for low-skilled migration in some circumstances to help industries with labour shortages.

Chancellor Philip Hammond, who has been arguing for a system close to the current free movement status quo, was said to have raised concerns about how quickly the new controls could come into force while accepting the “high-level principles” of the new approach.

The decision followed a presentation by Prof Alan Manning, chairman of the Government’s Migration Advisory Committee, about future pattens of migration from Europe and its potential impact.

His committee recommended the skilled-based system rather than preferential treatment for EU citizens.

Mrs May also told the Cabinet she will “hold her nerve” in the Brexit negotiations following the rejection of her proposals by EU leaders at a summit in Salzburg, Austria, last week.

The Prime Minister told ministers “it was always clear that there would come a critical point in these negotiations and now is the time to hold our nerve”, the Downing Street spokeswoman said.

“She said that there is no future relationship that will prevent a hard border between Ireland and Northern Ireland, maintain the constitutional integrity of the UK and respect the referendum result that does not include frictionless trade.”

Mrs May told the Cabinet that the plan they agreed in July at her Chequers country retreat was “the only plan on the table”, said the spokeswoman.

She remained “confident” that a EU deal could be secured.

The spokeswoman added: “At the same time, the Government will continue to sensibly plan for no deal.

“The Prime Minister pointed to the announcement on Friday that the UK will guarantee the rights of the more than three million EU citizens living in the UK in the event of no deal.

“She said the UK will look to the EU to do the same for UK citizens living in the EU.”