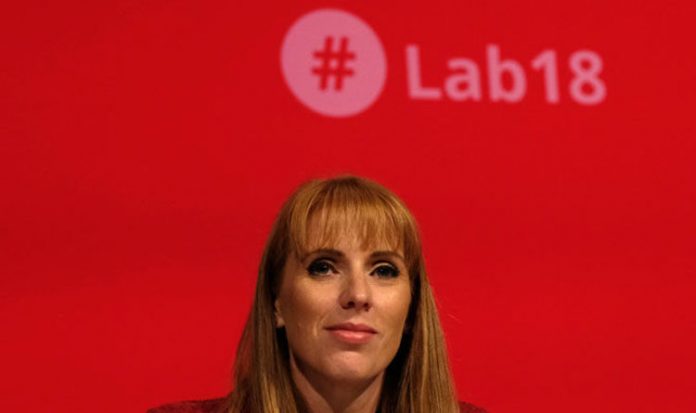 Shadow Education Secretary Angela Rayner – seen as potentially Labour’s first female leader – told her party’s conference in Liverpool that she would halt Tory plans for more academies and “free schools”, which she claimed neither improved standards nor empowered staff or parents.

Existing academies and free schools – which are directly funded from Whitehall and not accountable to local authorities – would not see their status change but failing academies would be allowed to return to council control.

Councils would be allowed to build new schools, create places and take back control of admission policies from academy trusts.

Ms Rayner also told cheering conference delegates: “We will use our time in government to bring all publicly funded schools back into the mainstream public sector, with a common rulebook and under local democratic control.”

Nick Gibb, the minister for school standards, hit back: “Under Labour we were falling in international league tables in maths, reading and science and poor performing schools went unchallenged and unchanged year after year.

“Thanks to Conservative education reforms there are now 1.9 million more children in good or outstanding schools, more six-year-olds are fluent readers and the results gap between rich and poor has shrunk by 10 per cent in both primary and secondary school.

“Labour just want to turn the clock back, undo all of this progress and take away choice from parents – and it’s the next generation who will pay the price.”

But Ms Rayner’s pledges were welcomed by the National Education Union, whose joint general secretary Dr Mary Bousted said: “Bringing all schools under the same system of democratic accountability and support is the vital next step to tackling the fragmentation and waste that has resulted from academies and free schools.

“Academies and free schools are neither wanted nor needed. There is no evidence that they improve the educational outcomes of children or young people and have caused chaos for school place provision.

“Hundreds of millions of pounds have been thrown at these programmes with huge sums siphoned from school budgets into paying for the inflated salaries of multi-academy trust chief executives.”

Ms Rayner also promised to save schools £500million a year by reforming the system for providing supply teachers to fill staffing gaps.

She said a Substitute Teacher Register, like a system now used in Northern Ireland, would let schools book teachers at short notice from a Government-held register of accredited local professionals, instead of paying agencies to find them.

Labour could also create a state supply agency to compete within the market.

The cost of agency fees for supply teachers has risen by about a fifth in the past five years, putting further pressure on school budgets at a time of staff shortages, Labour says.

Ms Rayner said Labour had already forced the Tories into retreat on a series of “vanity projects” and was now on a mission to “end austerity” and empower people to take control of their own lives.

Delegates applauded as she added that Labour’s revised school curriculum would include teaching youngsters about their rights including how to join a trade union.