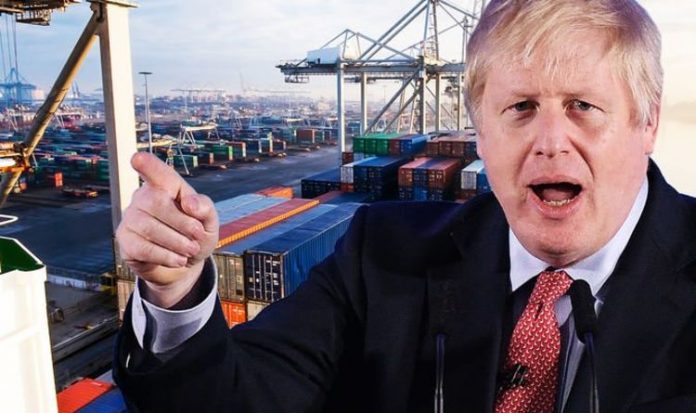 Brexit has been repeatedly hailed as an opportunity for the UK to branch out of the European Union and expand its trading ties with members of the Commonwealth. New Zealand Deputy Prime Minister Winston Peters said his country is looking forward to striking a new trade agreement with Britain as he hinted at the possibility of establishing a “Commonwealth connection” to allow 2.2 billion people to trade “more effectively.” Speaking to talkRADIO, Mr Peters said: “I’m very hopeful for a free trade deal with the UK.

“And I know we’re going to run into many problems with the agricultural sector in the UK but, let’s face it, we were running in the same sector problems shared by them and French farming community and other as well in the EU.

“But in the end there is a possibility for a Commonwealth connection.”

The New Zealander politician suggested the trend of growth experienced by the UK and other Commonwealth countries ahead of COVID-19 signals there are great opportunities ahead once the world starts to recover from the pandemic.

He continued: “Up until COVID-19, 2.2 billion people with massive economies in terms of growing at five percent across the Commonwealth by average, this is the long-term potential.

“When we get past COVID-19, that needs to see an enlightened Britain picking up its game, the Commonwealth picking up its game and seeing the chance of one quarter of the world’s population trading far more effectively with each other.

“And then, of course, expending our trade with other countries as well as long as the trade is free and fair.”

However, Mr Peters also warned his country is “very frustrated” because of the pace of free trade talks with the UK.

While the two countries began talks about a new trade agreement in July, Britain will not be able to implement it until the Brexit transition period is concluded in December 2020.

He added: “We believe we’re totally match fit and ready to go – we just need the British to realise that you can do more than one trade deal at a time.”

The Department of International Trade said the UK is “excited by the possibility of a free trade deal” with New Zealand and insisted the country is “one step closer” to securing a deal.

They said: “The first round of talks with New Zealand were positive and productive.

“We’re a step closer to reaching a comprehensive trade deal to boost trade and investment between our like-minded economies.

“DIT is focused on securing free trade agreements that secure benefits for every region and nation of the UK and talks are up and running.”

Despite its inability to implement new trade agreements until January 2021, DIT Secretary Liz Truss has kickstarted talks with several countries around the world to secure its trading ties once the Brexit process is concluded.