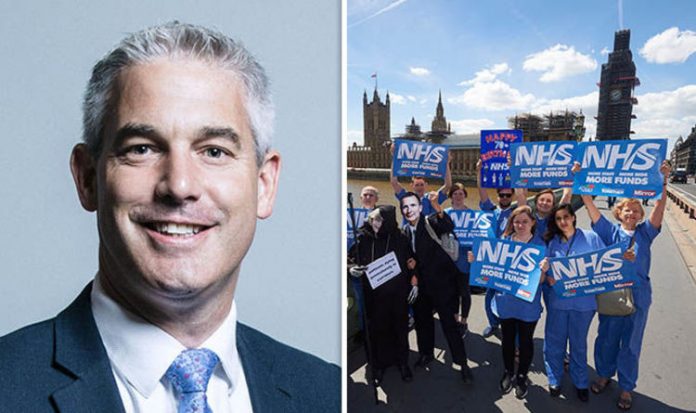 Medical students are currently obliged to undertake five years of training before being registered as doctors due to regulation implemented by the EU.

Health Minister and Brexiteer Stephen Barclay stated the UK could reap the benefits of reduced regulation and help solve critical issues within the NHS.

Speaking on The Telegraph’s Chopper’s Brexit Podcast, he said: “There are opportunities that come with Brexit – not to lower regulatory standards, we want to maintain standards – to look at how we make things more bespoke to UK needs.

One of the proposals is to accelerate the “point of registration” at which medical students qualify to practice as doctors.

They are currently obliged to complete one year as a junior doctor after completing their medical training before officially qualifying.

Mr Barclay said: “At the moment you don’t qualify as a doctor when you leave medical school; you have to do a further year and that brings with it some additional costs.”

The proposed amendments would allow medical students to qualify directly after their studies, thereby saving money for the NHS which is currently obliged to fund the extra year of training for numerous overseas graduates working in the UK.

Mr Barclay said: “Money saved from these reforms could be reinvested into training more medical students.”

Many critics have nevertheless raised concern surrounding the negative impacts of Brexit on the NHS.

A Brexit impact report obtained by the Daily Mirror from Kingston Hospital revealed the UK’s departure from the EU could seriously jeopardise the functioning of the NHS due to a shortage of staff.

Access to vital equipment may also become increasingly challenging, and importation of medicines may be delayed.

Dr Andrew Dearden, treasurer of the British Medical Association, told the Mirror: “It is clear from these documents that Brexit could negatively affect every corner of the NHS.

“It’s a tragedy that the public were led to believe figures plastered on the side of a bus when many authoritative sources are now saying that there could instead be less money for trusts, limited access to life saving machines and a Brexit brain drain of much needed staff.”

Labour MP David Lammy also commented to the newspaper on the report, stating: “These explosive documents show why Brexit poses the greatest threat to our NHS in the modern era.

“It’s terrifying to know that patient care looks set to be one of the first casualties of Brexit.”