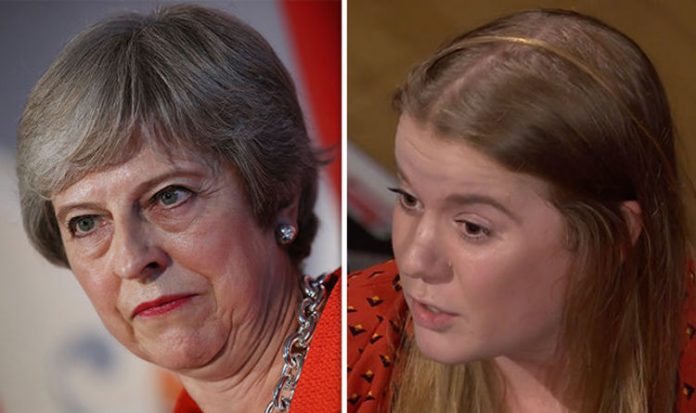 The woman’s interjection came during a debate on whether the UK should walk away from Brexit now the EU has rejected the Chequers plans.

In a fiery tirade, she argued to abandon Brexit would show “a complete lack of understanding for what democracy is”.

Arguing for a more positive outlook on Brexit, she said: “People voted for Brexit, so Brexit is what they deserve.

“Brexit is the new political football – like the NHS was – that is pushed around to prove points.”

David Dimbleby, who was hosting the debate in Dewsbury, West Yorkshire, interjected to ask the woman if she would have the Government walk away from the negotiations now.

A ripple of applause went through the audience as the woman delivered her point.

Another audience member was quick to chip in and offer his views, arguing the Prime Minister needed to alter her unswerving approach and compromise with the EU.

He said: “I cannot believe we are still talking about no deal.

“Theresa May set all these red lines and this whole exercise is about the Conservative Party. It is nothing to do with the country.

“This is all about the Conservative Party. It is not about the country.

“When it comes to an actual Brexit, both sides are going to have to compromise.

“She is going to have to compromise at some point. She can’t have everything.”

Mrs May was in Salzburg this week for an EU summit in which she was desperately attempting to convince EU bosses to accept her Chequers deal.

However President of the European Council, Donald Tusk, made it clear in a tongue-in-cheek Instagram post that the Prime Minister could not “cherry pick” the best elements of the single market, as her current proposals set out to do.

Mr Tusk posted a photo of him and Mrs May looking at a cake stand with the caption: “A piece of cake, perhaps? Sorry, no cherries.” 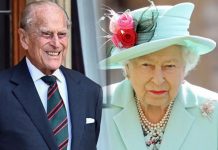 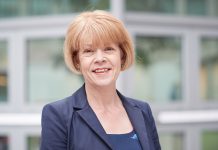 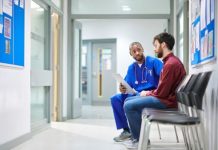