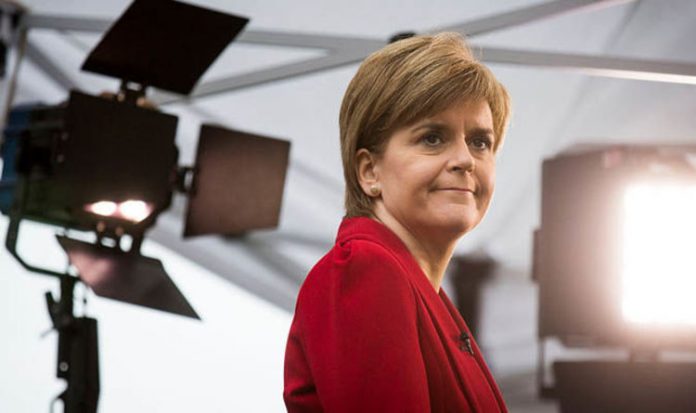 Details of the Healthcare Improvement Scotland (HIS) report were highlighted at Holyrood just days after Health Secretary Jeane Freeman apologised for a glitch that saw almost 1,800 women miss life-saving screening appointments over the past three years.

Automated systems identify women when they reach their 70th birthday, but delays in the screening programme meant many women turned 71 before it reached them – meaning they were not sent a letter as the computer deemed them too old.

Officials have identified all the women still living who had missed a screening appointment, and letters have been sent to them.

The 2016 report was ordered after doctors had failed to issue screening invitations to 3,831 women and made a series of recommendations, including clearer leadership on the issue.

It said a new IT system had been launched which should stop the problem happening again – but warned that it should be closely observed in case any similar issues emerged.

HIS official wrote at the time: “The IT system has taken several years to develop and fully implement.

Samia al Qadhi, the chief executive of Breast Cancer Care, said: “It will be unsettling for women in Scotland to know there have been two IT issues in as many years preventing some screening invitations being sent.

“Screening remains our best tool for detecting breast cancer at the earliest possible stage and all eligible women must be able to count on being offered their chance to attend.

“The priority now must be that NHS Scotland and the Scottish Government ensure the screening programme is fail-safe for the future.”

Mia Rosenblatt, of Breast Cancer Now, added: “Following the warning sign of the previous failure in 2016, it is unacceptable that many more women have not received the screening invitations they need, at a time when they may be most at risk of breast cancer.

“We urgently need to understand how this mistake was allowed to happen and we look to the Scottish Government to provide assurances that it will never be repeated.”

The 2016 report was raised at Holyrood by Tory MSP Jamie Greene who questioned if the IT system responsible for breast cancer screening was “fit for purpose”.

He said the blunder discovered last week may have been “predictable”, and asked Nicola Sturgeon why the IT recommendations had apparently been “ignored”.

The First Minister replied: “In relation to the 2016 issue, my understanding is that this is a separate issue and therefore I’m not sure it is accurate to say that this was – to use the word that was used – predictable.”

The latest review of breast screening in Scotland was carried out after the “significant incident” in England meant around 450,000 women were not invited to their final screenings between 2009 and this year.

In May Ms Freeman’s predecessor Shona Robison said “there are no problems with our breast screening programme records or IT systems”.

Ms Sturgeon on Thursday said Ms Robison had sought and received assurances that the situation in England was not being repeated north of the Border.

She also insisted it was because of the actions taken by the former Health Secretary that the latest issue came to light.