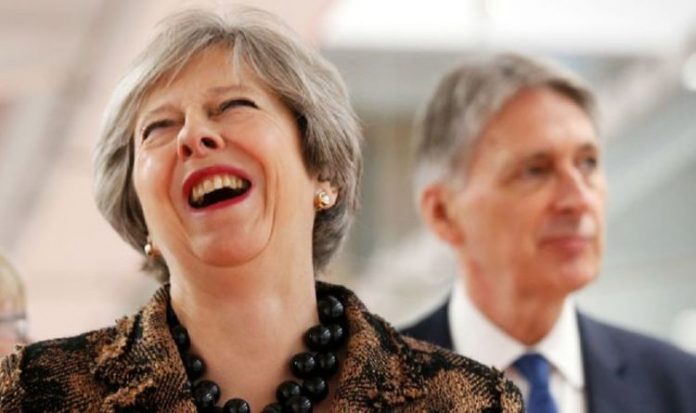 In a revealing interview with the think tank UK in a Changing Europe, Lord Hammond criticised Mrs May for the speech she gave at the 2016 Conservative party Conference. He claimed that none of her Cabinet had been properly consulted on the speech, which in effect offered up a “Brexit in the hardest possible terms”. At the party conference, Mrs May ruled out a Norway or Switzerland-style Brexit and committed to leave with a bespoke new deal.

The former Chancellor told his audience that he had been left dumbstruck by the remarks.

He recalled: “I was completely and utterly horrified by what I felt was almost a coup: a definition of Brexit without any proper Cabinet consultation at all.”

Lord Hammond was fiercely opposed to a no deal Brexit and had the Tory whip withdrawn after voting against the Government on a motion to block such an outcome.

He subsequently stood down in the 2019 election, accusing the party of becoming an “extreme right-wing faction” run by “unelected advisers, entryists and usurpers.”

His interview laid bare the deep Tory divisions throughout the Brexit saga.

He painted a picture of a weak Prime Minister unable to stand up to the hardcore Brexit ideologues in her party.

Her deal was rejected three times by MPs and efforts to find a compromise with Labour also failed.

She announced her decision to quit in an emotional speech on May 24.

She said: “It will always remain a matter of deep regret for me that I have not been able to deliver Brexit.

“It is now clear to me that it is in the best interest of the UK for a new PM to lead that effort.”