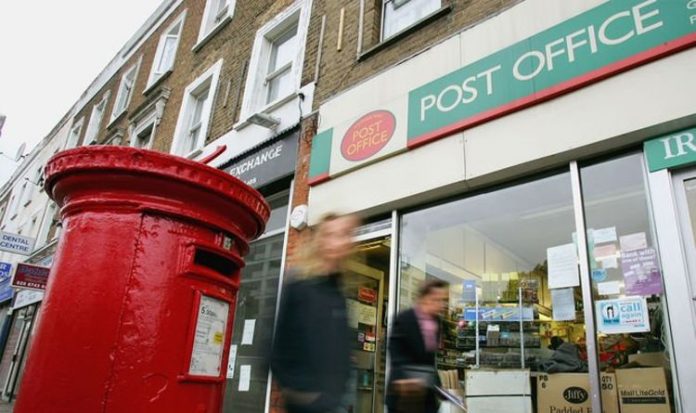 England, Scotland and Wales leave the European single market at 23:00 on December 31 and will instead trade on new terms agreed by Prime Minister Boris Johnson. As a result those sending parcels to the EU from Great Britain, but not Northern Ireland, will need to have a customs declaration for the package.

This rule applies to all parcels but not to letters, postcards or documents.

The Post Office is advising affected customers to collect a declaration from one of its branches and then fill it out at home.

They should then hand in the completed customs declaration form along with the parcel they want to send.

The new policy was explained by Amanda Jones, the company’s Retail and Franchise Network Director.

She said: “The new requirement applies to anyone posting a parcel from England, Scotland or Wales to EU destinations.

“This was already a requirement when posting a parcel to non-EU destinations.

“Whilst this requirement comes into effect on January 1, 2021, Post Office advises that customs labels are attached from December 29 so that customers can be sure their parcel has the correct documentation in case there are delays to their parcel arriving at their EU destination.”

Of parcels sent abroad from Great Britain around 45 percent end up in an EU member state.

READ MORE: Norway and Switzerland moan UK got a better EU deal than them

The deal was approved by the British parliament on Wednesday and has now passed into law.

Reacting to the news Mr Johnson commented: “I want to thank my fellow MPs and peers for passing this historic Bill and would like to express my gratitude to all of the staff here in Parliament and across government who have made today possible.

“The destiny of this great country now resides firmly in our hands.

“We take on this duty with a sense of purpose and with the interests of the British public at the heart of everything we do.

“11pm on the 31 December marks a new beginning in our country’s history and a new relationship with the EU as their biggest ally.

“This moment is finally upon us and now is the time to seize it.”

Had no new agreement been reached UK-EU trade from 23:00 on Thursday would have been on World Trade Organisation (WTO) terms.

This would result in significant tariffs being placed on the trade of some goods between Britain and the EU.

Britain formally left the EU in January but remains in a transition period, during which it remains closely tied, until the end of December.

During this time Britain has continued to implement EU made regulations in many policy areas.