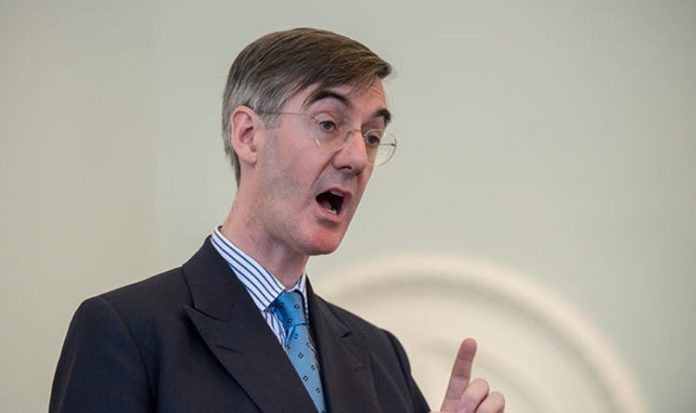 The leading Brexiteer blasted the Prime Minister’s exit deal and accused her of recreating the “worst aspsects of the EU” that the UK voted to leave.

The British Government’s Brexit white paper sets out a 98-page blueprint for the country’s future relationship with Brussels.

But Mr Rees-Mogg, European Research Group chairman, has revealed he will be voting against it.

He said: “This is the greatest vassalage since King John paid homage to Phillip II at Le Goulet in 1200.

“This White paper has not needed age to turn yellow. There are very few signs of the Prime Minister’s famous red lines.

“It is a pale imitation of the paper prepared by David Davis, a bad deal for Britain.

“It is not something I would vote for not is it what the British people voted for.”

As part of the paper, Britain has promised to sign up to a common rulebook of regulations with Brussels, this would mean the country would adhere to the bloc’s customs code for goods.

By maintaining the same standards or better than the EU, goods will be able to freely pass across borders without any hinderance.

Lashing out at this agreement, Jacob Rees-Mogg said: “In particular this paper sets out that the UK will be subject to EU laws while having no say in their creation.

“The Common Rule Book will not be Common it will be EU law, interpreted by the EU Court with the UK subjected to EU fines for non-compliance.

“The UK has accepted it cannot severe from ‘ongoing harmonisation’ without activating repercussions for Northern Ireland.

“In effect Parliament will have no say over future EU laws implemented in the UK.”

“The UK has acceped that it will collect and hand over EU taxes. This is an unwanted intrusion into the control of our border.

“The absence of reciprocity is concerning and the cost to the taxpayer unknown.

“Taken as a whole this recreates many of the worst accepts of the EU the British people voted to leave. This does not respect the referendum result.”

New Brexit Secretary, Dominic Raab, is currently in the House of Commons where he is laying out the points of the Government’s white paper.