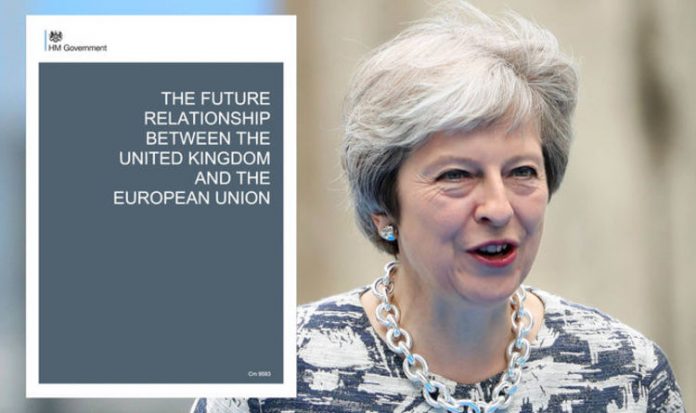 The 98-page Brexit white paper sets out a blueprint for the county’s future relationship with the European Union.

Britain says it is now time for Brussels to start making offers after the publication of the document, which a senior UK official believes can create a new dynamic in negotiations.

Hoping to avoid negotiations rumbling on through the August holiday period, Britain has offered the EU an opportunity to develop a comprehensive “free trade area for goods” in order to deliver frictionless trade between the UK and EU.

Not even the free trade arrangements between the EU, Canada and Japan can come close to what Britain is putting on the table, according to the source.

To download the document as a PDF, visit the site – https://www.gov.uk/government/brexit

Scroll down to the subject header called ‘policy’, and you will find the entry entitled: The future relationship between the United Kingdom and the European Union.

Or to go to a direct version of the document, click here.

A bar should appear above the document – and on the right hand side will be an arrow pointing down.

Click that and save the document to your computer or laptop.

Before you download the white paper to have a read for yourself, you can read the key points from the 98-page plan here.

Or you can see Theresa May’s foreword in FULL below:

In the referendum on 23 June 2016 – the largest ever democratic exercise in the United Kingdom – the British people voted to leave the European Union.

And that is what we will do – leaving the Single Market and the Customs Union, ending free movement and the jurisdiction of the European Court of Justice in this country, leaving the Common Agricultural Policy and the Common Fisheries Policy, and ending the days of sending vast sums of money to the EU every year.

We will take back control of our money, laws, and borders, and begin a new exciting chapter in our nation’s history. It now falls to us all to write that chapter.

That is why over the last two years I have travelled up and down the country, listening to views from all four nations of our United Kingdom and every side of the debate. 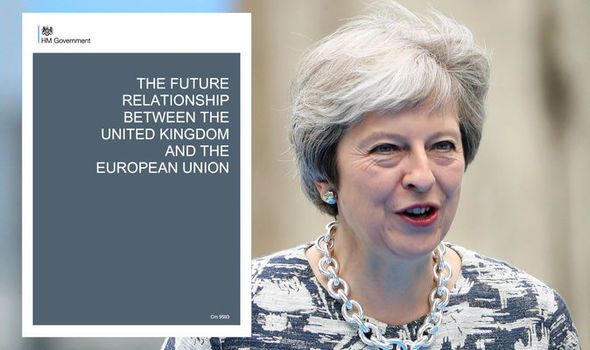 One thing has always been clear – there is more that binds this great country together than divides it.

We share an ambition for our country to be fairer and more prosperous than ever before.

We are an outward-facing, trading nation; we have a dynamic, innovative economy; and we live by common values of openness, the rule of law, and tolerance of others.

Leaving the EU gives us the opportunity to deliver on that ambition once and for all – strengthening our economy, our communities, our union, our democracy, and our place in the world, while maintaining a close friendship and strong partnership with our European neighbours.

But to do so requires pragmatism and compromise from both sides.

At the very start of our negotiations, the Government set out the principles which would guide our approach – and the EU set out theirs. Some of those principles, as you would expect, were in tension.

Some of the first proposals each side advanced were not acceptable to the other. That is inevitable in a negotiation.

So we have evolved our proposals, while sticking to our principles. The proposal set out in this White Paper finds a way through which respects both our principles and the EU’s. This was the spirit in which my Cabinet agreed a way forward at Chequers.

Our proposal is comprehensive. It is ambitious. And it strikes the balance we need – between rights and obligations. It would ensure that we leave the EU, without leaving Europe.

It would return accountability over the laws we live by to London, Edinburgh, Cardiff and Belfast, and end the jurisdiction of the European Court of Justice in the UK

It would preserve the UK’s and the EU’s frictionless access to each other’s markets for goods, protecting jobs and livelihoods on both sides, and propose new arrangements for services. 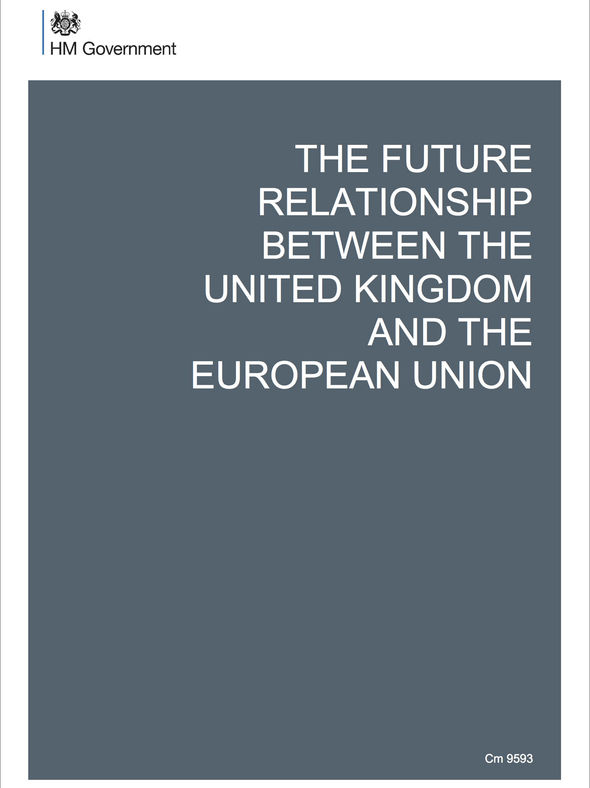 It would meet our shared commitments to Northern Ireland and Ireland through the overall future relationship, in a way that respects the EU’s autonomy without harming the UK’s constitutional and economic integrity.

It would end free movement, taking back control of the UK’s borders. It would see the UK step out into the world, driving forward an independent trade policy by striking trade deals with new friends and old allies.

It would maintain the shared security capabilities that keep citizens in the UK and the EU safe, as we work in partnership with Member States to tackle crime and terrorism.

It would end vast annual contributions to the EU budget, releasing funds for domestic priorities – in particular our long-term plan for the NHS.

It would take us out of the Common Agricultural Policy and Common Fisheries Policy, ensuring we can better meet the needs of farming and fishing communities.

It would maintain our current high standards on consumer and employment rights and the environment.

And it would enable co-operation to continue in areas including science and international development, improving people’s lives within and beyond Europe’s borders.

In short, the proposal set out in this White Paper would honour the result of the referendum.

It would deliver a principled and practical Brexit that is in our national interest, and the UK’s and the EU’s mutual interest.

So together we must now get on and deliver it – securing the prosperity and the security of our citizens for generations to come.