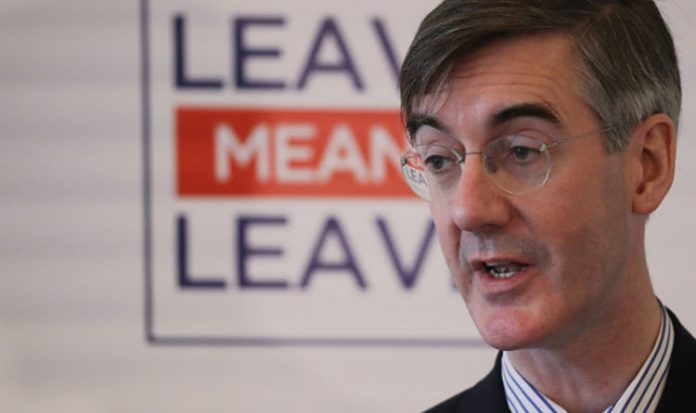 Jacob Rees-Mogg, chairman of the European Research Group of Tory MPs, said: “The Prime Minister has said for a long time that no deal is better than a bad deal.

“If the Government cannot now show that it can deliver a workable deal based on WTO terms then it is not competent.

“It is not a good look for the Government to appear fretful, weak and incompetent, but this seems to be the way it is approaching the idea of leaving on WTO terms.”

His furious intervention comes after it emerged there were plans for the British Army to be deployed to restore calm under a no deal Brexit.

Ministers have emergency plans for the Army to help deliver vital supplies by truck and helicopter if a no-deal Brexit causes shortages.

Armed Forces personnel could help provide food, medicines and fuel, and fuel, particularly to vulnerable people in remote areas who could be cut off from conventional providers.

The need could arise if Britain leaves next March 29 without an agreement in place with Brussels and goods are held up at our borders, it is believed.

The Government’s recent decision to step up planning for a no-deal departure was partly a concession to government Brexiteers who have been desperate for Theresa May to show Brussels she is serious about walking away from talks if the EU refuses to give us a good deal.

On Sunday, it also emerged that 70 technical notices will be released on a single day at the end of next month to detail the government’s plans for no deal.

Mrs May last week refused to deny the Government was stockpiling food and medicine in the event of Britain crashing out of the EU without a deal.

The Prime Minister said people “should take reassurance and comfort” from the contingency plans.

She added: “We don’t know what the outcome of Brexit is going to be, we think it’s going to be a good one.