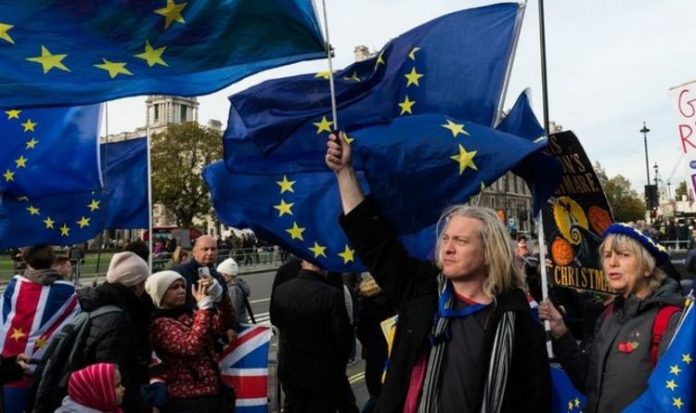 The Stay European movement is asking people to ignore options which include British, English, Welsh, Scottish and Northern Irish in answer to the question about how they identify and instead tick the “other” box and write in “European”.

The Stay European campaign website says: “By writing ‘European’, you’ll be making it clear that you identify as European regardless of what your post-Brexit passport says.

“It sends a message that you still see yourself as part of Europe, valued your European citizenship and want it back – either on an individual basis or by the UK rejoining the European Union.”

More than 19,000 people have signed a pledge to fill in the form with the modified answer.

Pro-European Chris Shaw tweeted: “Some respondents have identified their religion as Jedi previously.

“This has to be a more constructive way of making a point about how you feel about your place in the world.”

The census, which happens every 10 years, will question all of the people and households in England and Wales about issues surrounding society.

The responses stay on record for 100 years and help to paint a picture of the nation and how people live.

Postal packs with online codes for this year’s survey will start to land on doormats in the coming weeks, with the Office for National Statistics urging to respond on March 21.

Taking part in the census is a legal requirement with households facing fines of up to £1,000 if they do not participate or give false information.

The census website reads: “You must complete the census by law. If you do not, or if you supply false information, you could be fined up to £1,000. Some questions are clearly labelled as voluntary. It is not an offence if you do not answer these.”

A separate census for Northern Ireland and Scotland will take place over the next 12 months.

But, David Lidington, who was de-facto Deputy Prime Minister under Theresa May as she desperately battled to convince MPs in the House of Commons of her Brexit deal with Brussels, does not believe this will be happening anytime soon.

He said: “Certainly I think the task for the next five to ten years is about building up a close strategic partnership with our friends and neighbours.

“I think the Liberal Democrats probably will campaign to rejoin – they’re hitting about five or six percent in the UK polls at the moment.

“I don’t think the Labour Party’s going to come near adopting that approach and the Conservative Party isn’t going to either.

“The people who talk about a campaign to rejoin are just misreading the mood amongst both British voters and amongst the EU27.”