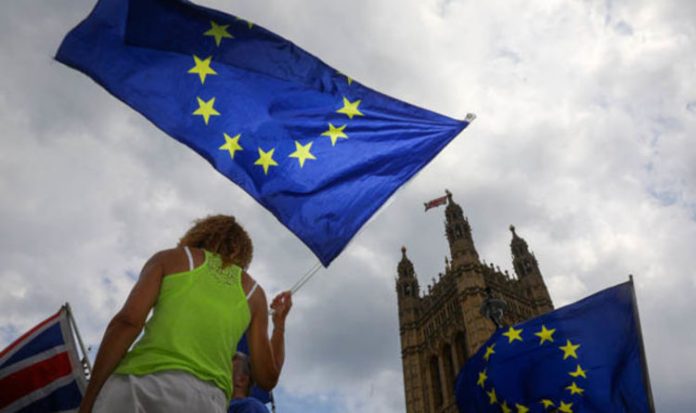 Professor of European Politics and Foreign Affairs Anand Menon says that although some arguments for a another vote are that the facts are clearer and the arguments are more advanced, it still wouldn’t matter.

He said: “Any referendum held before the UK leaves the EU would not be held on a clear plan for future UK-EU relations.

“As the clock ticks down to the article 50 deadline, there are real doubts as to whether sufficient time remains to finalise even a withdrawal agreement, let alone a clear outline of a future relationship.”

Mr Menon also says a second referendum would generate anger by the Leave voters and they would feel cheated.

He said: “The polls reveals a public stubbornly divided, and despite a shift towards a slight majority believing that the vote to leave was the wrong decision, the margin is still small enough to prevent any certainty as to the outcome of any popular vote.

“Whatever the result, it seems unlikely to provide a significant majority either way.”

A second referendum would not solve any of the underlying problems that led to the Brexit vote in the first place.

He said: “It would provide grist to the mill to opponents of the EU, and the establishment would be portrayed as having betrayed leave voters.”

Mr Menon adds that a second referendum would not guarantee a decisive vote just because Parliament is gridlocked.

“Neither in Westminster nor among the public at large can a majority be found for any one Brexit outcome.”

Furthermore, logistically a second referendum will just be messier than the first if it was carried out before the March 2019 deadline.

He writes in The Guardian: “Remember, the bill for the 2016 referendum took seven months to pass.

“Add the time required to designate the campaigns and hold the vote itself (and even allowing for ‘cutting and pasting’ some of the parliamentary work from 2015 to speed things up), and it is clear that it would be difficult to have a result before the UK’s date of departure from the EU on 29 March 2019.”

Former education secretary Justine Greening has claimed that the public should get another vote to under Brexit.

The Putney MP told BBC Radio 4’s Today she would campaign for Remain in any new vote. Asked if any other senior Tories backed a second referendum, she said: “Yes I believe so.”

Discussing the Prime Minister’s Chequers plan for Brexit she said: “I don’t think it can work. I think it was a genuine clever attempt at a compromise that could work.

“What we need is a clear route forward that settles this European question once and for all.”

But Downing Street made it clear that it will not reopen the referendum.

A spokesman for the Prime Minister said: “The British public have voted to leave the EU. There is not going to be a second referendum under any circumstances.”