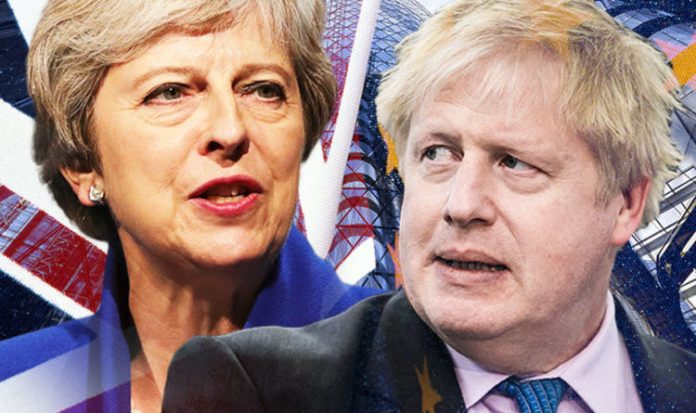 The Prime Minister admitted she gets “irritated” by the debate over her leadership as she insisted she was focused on the country’s future rather than her own.

Theresa May was also keen to defend herself against Brexiteer and former Foreign Secretary Boris Johnson who recently described her Brexit strategy as putting the UK in a “suicide vest”.

She lashed out at the outspoken for his “completely inappropriate” language.

Around 50 Brexiteers met to war-game ways to oust the Prime Minister on Tuesday evening and Mr Johnson is widely-expected to vie to replace Mrs May.

During a BBC interview to mark the six-month countdown to Brexit, Mrs May was asked if she would reassure the Conservative party she was not determined to continue her job.

“It’s ensuring that we get that good deal from the European Union which is good for people in the UK, wherever they live in the UK, that’s what’s important for us.

“It’s the future of people in the UK that matters.”

Mrs May said the former foreign secretary’s comments were “not right”.

She said: “I have to say that that choice of language is completely inappropriate.

“I was home secretary for six years, and as Prime Minister for two years now I think using language like that was not right and it’s not language I would have used.”

The prime minsiter was once described as “bloody difficult woman” by former Cabinet minister Ken Clarke, and later claimed the description as a badge of honour.