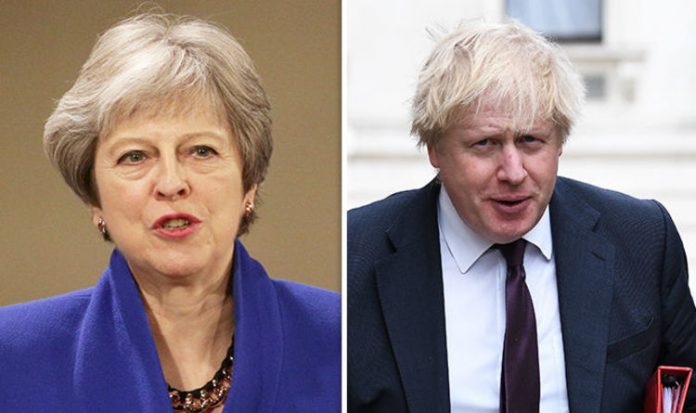 The Prime Minister met her party’s backbench 1922 Committee tonight after the shock Cabinet resignations of David Davis and Boris Johnson.

Their dramatic departures have thrown Mrs May’s Brexit proposals into chaos and sparked rumours she could face a leadership challenge.

The 1922 Committee is understood to have received letters from Eurosceptic MPs calling for a vote of no confidence in Mrs May.

A vote on her future would be triggered if the Committee, chaired by senior MP Sir Graham Brady, receives letters from 48 MPs.

A senior Tory source said it seems “pretty certain” that 48 letters would be lodged.

Pro-Leave MPs are furious at what they see as Mrs May’s caving in to demands from Remainer to steer Britain towards a soft Brexit.

It is far from clear that Mrs May would lose any vote of no confidence.

Rebels are by no means certain of securing the backing of 159 Tory MPs which they would need for a successful coup.

However, a narrow victory would leave Mrs May as a wounded Prime Minister and raise doubts over the viability of her remaining in office.

Sir Graham Brady declined to comment on whether he had received any letters from MPs calling for a no confidence vote in Mrs May.

He said: “It would be entirely improper ever to comment in any way on that subject, because inevitably a commentary could influence the course of events.”

Asked if Mrs May would fight any attempt to remove her through a vote of no confidence, a senior Downing Street source said: “Yes.”

She said: “I want a Prime Minister who passionately believes in Brexit and will provide true leadership and a positive post-Brexit vision for our country.”

And senior backbencher Bernard Jenkin said there had been a “massive haemorrhage of trust” in Mrs May.

Asked if Brexiteers needed to put the PM’s future to a vote of the Conservative Party, he replied “it may well come to that”.

Mr Davis was first to go, announcing his exit just before midnight on Sunday, saying he could not be a “reluctant conscript” to her Brexit approach.

But there was growing speculation about Mr Johnson’s plans on Monday after the Vote Leave campaigner failed to attend a Government meeting.

Staunch Brexiteer Dominic Raab was picked to replace Mr Davis as Brexit Secretary, but Mr Johnson’s replacement has not yet been named.