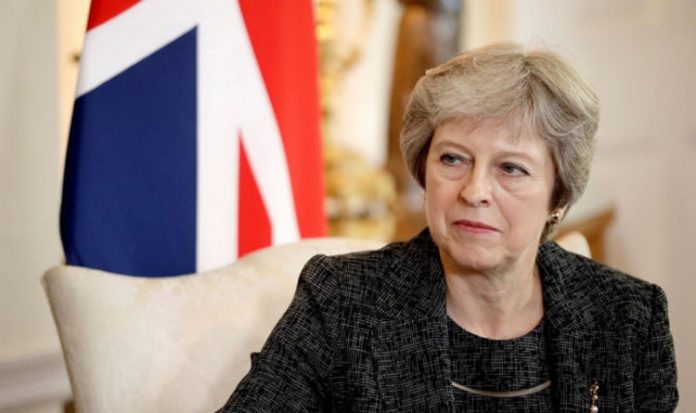 Cabinet members and Tory MPs, who left London for their constituencies last week, are said to have been met with anger and disapproval from local members.

A total of seven local Conservative Associations have told the newspaper they could not support the current White Paper drawn up at the Prime Minister’s Chequers country retreat.

They are unhappy with concessions made to Brussels and parts of the plan which will keep the UK tethered to the EU.

Richard Kellaway, the chairman of Mrs May’s Maidenhead Conservative Association, told the paper: “If it were to be diluted it would ultimately not be acceptable.”

Conservative voters from the Leader of the House of Commons Andrea Leadsom’s constituency have also expressed their dissatisfaction.

The chairman of the South Northamptonshire Conservative Association said the Government has “lost the sense of leaving” and the Prime Minister needs to be replaced by a “statesman”.

Don Hammond, the chairman of Tatton Conservative Association, the constituency of the Work and Pensions Secretary Esther McVey who refused to publicly support the plan, also voiced his concern.

He said: “This is right at the limit of what I would consider to be a Brexit and I am distinctly unenthusiastic.”

Patricia Soby, the Tory chairman in the Devon constituency of Geoffrey Cox, the Attorney General, said: “This constituency conducted our own survey and practically everybody was against the Chequers deal.”

Mrs May’s Brexit White Paper has also drawn criticism from politicians outside of the UK.

Chief EU negotiator Michel Barnier effectively killed the proposal this week, warning the EU would never accept the UK collecting tariffs on its behalf, as Theresa May had suggested.

On Saturday, Mrs May’s aides insisted that Mr Barnier had been “a good deal more positive” than reports previously suggested.

However she still has some way to go to impress her MPs and other Brexiteers.

David Davis allegedly told other Cabinet members at Chequers: “On customs and on goods the paper is not in line with the Government’s core promises to take back control of its laws and to have an independent trade policy.”

The former Brexit Secretary continued: “The Government should be up front that this meant the harmonisation of legislation with the EU and being a rule taker for swathes of the economy.”

Martin Howe QC, who campaigned for Brexit, has said: “It is quite clear that the interpretation of the laws applying within the UK will continue to be carried out by judges in Luxembourg, with judges in the UK having only a subservient role.

“What is even more alarming than the Prime Minister’s wholesale abandonment of her promises, is her repeated insistence in the face of reality that she has not abandoned them.”