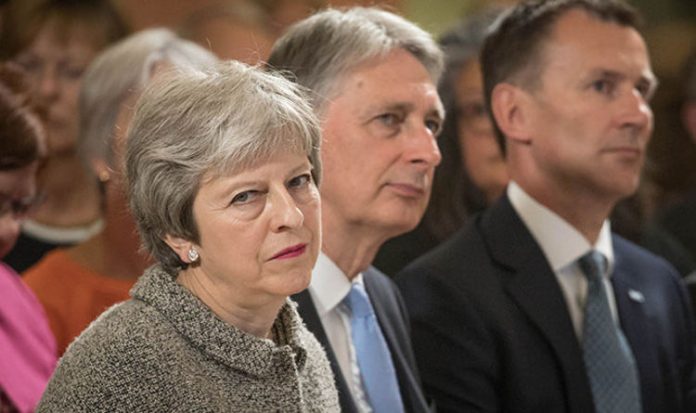 In a letter to Sir Graham Brady, chairman of the Conseravative Party’s powerful 1922 Committee, Andrew Bridgen, MP for North West Leicestershire said the party had to deliver Brexit or face the prospect of being punished at the polls at the next general election.

He wrote: “All we have asked from the Prime Minister is that she sticks to what she has promised on repeated occasions when she declared that “Brexit means Brexit and pledged to take back control of our money, borders and laws.

“But now it appears those promises are all a pretence and a charade intended to dupe the electrorate, which is an insult to their intelligence.

“Therefore, in the interests of our country and the future of the Conservative Party, I feel the time has come for a new leader and so I am writing this letter to inform you that I have no confidence in the Prime Minister.”

If 48 letters are received by Mr Brady from MPs, Mrs May would be forced to stand down and fight a leadership contest.

Speaking on Good Morning Britain yesterday, Mr Brigden said: “I could never tolerate or support a deal Theresa put forward on Friday but I will work night and day to stop Jeremy Corbyn becoming Prime Minister ever.

“I think he’s the biggest threat to our economy ever.”

However, he refused to offer Mrs May his backing, while resisting the temptation to call for a leadership contest, saying: “We’re not there yet.

“Let’s see the Prime Minister’s reaction to the rejection of the Chequers agreement, we’ve got to have someone who believes in it.”