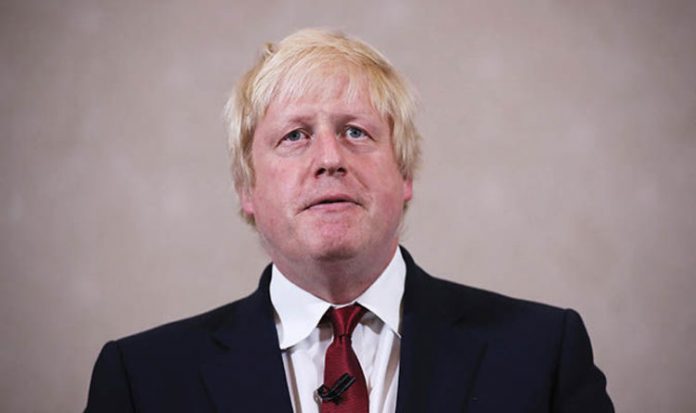 A YouGov survey revealed only 47 percent of voters believe the former Foreign Secretary is leadership material.

But in July, the 1,669 Britons surveyed preferred Sajid Javid, Ruth Davidson, Jacob Rees-Mogg and Michael Gove to him.

And when Tory members were asked to rank the candidates in order of preference, only 11 percent put Mr Johnson first, behind Mr Rees-Mogg, Ms Davidson and Mr Javid.

The poll was taken between July 8-9, after the crunch cabinet meeting at Chequers and mostly before both David Davis resigned, a move that sparked chaos in the Conservative Party and the Government.

In the YouGov poll, Mr Javid received 62 percent of the vote for the next Tory leader, positioning himself one point ahead of Ms Davidson and three of Mr Rees-Mogg.

Michael Gove gathered the support of 52 percent of the polled Britons.

The poll also highlighted that the Conservative Party has lost its lead over Labour for the first time since April.

According to YouGov, both the Tories and Jeremy Corbyn’s party are on 39 percent.

The Liberal Democrats are on 9 percent.

Mr Johnson became Britain’s most popular politician in 2014, according to a poll conducted by ComRes when he was still Mayor of London.

And in 2015, another poll by YouGov showed 60 percent of Londoners said he was doing “well” as Mayor.

Mr Johnson plunged the Government into chaos yesterday afternoon when he resigned to protest against the Brexit plans voted at Chequers by the Cabinet last Friday.

In a scathing resignation letter to the Prime Minister, Mr Johnson said the UK was “heading for a semi-Brexit” under her leadership.

He wrote: “We must have collective responsibility. Since I cannot in all conscience champion these proposals, I have sadly concluded that I must go.”

In her reply, Theresa May said it was “right that you should step down” if he couldn’t support the government’s position on Brexit.