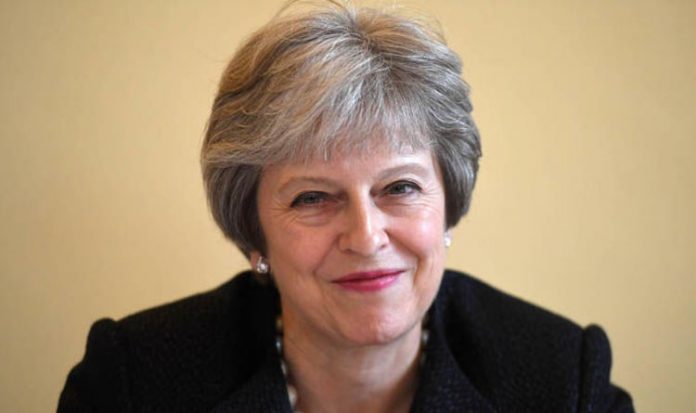 And Jacob Rees-Mogg insisted his European Research Group was seeking to change the Government’s Brexit policy but not the party leader.

Their remarks followed reports of a meeting of the group in the Thatcher Room at the Commons on Tuesday night where MPs were said to have discussed how to organise a vote of no confidence to try to force Mrs May out of Downing Street.

One MP present at the 50-strong meeting was quoted as saying those present spent up to 50 minutes talking about: “How best do we get rid of her?”

Responding to reports of the plot, Mr Duncan Smith said: “You get 50 MPs of any political party together and you’re always going to get some that are going to start arguing the toss about ridiculous issues.

“All I would say to them is: Stop it, it’s just stupid. If you’ve got nothing better to do, go and find yourself some work, because that’s the best cure for stupid personality nonsense.”

The North East Somerset MP, who is chairman of the group, also said he was not present during the reported discussion about the Prime Minister’s future.

He said: “I have long said, and repeated again and again, that the policy needs to be changed but I am supporting the person.

“Theresa May has enormous virtues, she is a fantastically dutiful Prime Minister and she has my support.

“I just want her to change one item of policy.”

The MP said he wanted Mrs May to scrap her “Chequers” plan for close customs links with the EU and press Brussels for a free trade deal instead.


Stop it, it’s just stupid. If you’ve got nothing better to do, go and find yourself some work, because that’s the best cure for stupid personality nonsense

The MP, who quit the Cabinet in protest at the Chequers plan, said: “I have made very plain from when I resigned and thereafter that I think we have got a very good Prime Minister and, like Jacob, I disagree with her on one issue – this issue.

“She should stay in place because we need stability and we need decent government as the backdrop to what we are doing in the coming six months.”

Former Brexit minister Steve Baker insisted Eurosceptics critics of the Prime Minister’s plans wanted to “stay off” the issue of the party leadership.

“I think the grave threat to the security and prosperity in the UK is a Marxist Labour Party in government,” he said.

“So, we all need to just be cautious in what we do and what we say, and support Theresa May and invite her to change the policy.

“We really aren’t getting into the territory now of if she doesn’t, because we don’t want to be there.”

Downing Street aides declined to discussed the reports of the plot yesterday.

One ally of the Prime Minister suggested some of the MPs attending the meeting had appeared “well oiled” afterwards.

At the meeting, a number of MPs were said to have discussed a fresh attempt to submit letters to their parliamentary party’s backbench 1922 Committee calling for a vote of no confidence in the Prime Minister.

Under party rules, if 48 MPs – 15 percent of the parliamentary party – submit letters, a vote of no confidence would be triggered.

ITN political editor Robert Peston quoted sources from the meeting in a blog.

He said one MP had told him: “We’ve just had an ERG mass meeting, 50 odd MPs present, where virtually the only topic of conversation for 40/50 mins was: how best do we get rid of her? What’s the best way to use our letters?”

He quoted another MP as saying: “It was truly mind blowing. You felt the ground opening up under your feet. The most amazing thing was that no one even bothered to mime a pretence of regret.”

Tory backbencher Michael Fabricant – who was at the meeting – played down the prospect of a challenge.

Tory backbencher Michael Fabricant played down the prospect of a challenge (Image: GETTY)

“Reports of Theresa May’s demise are greatly exaggerated. Of the 40-50 there, only five to six people discussed letters to the chairman of the 1922 and they wrote ages ago,” he wrote on Twitter.

“The rest of us sat in uncomfortable silence. Though most are unhappy with Chequers.”

Environment Secretary Michael Gove – one of the leaders of the official Leave campaign who ran unsuccessfully against Mrs May – also rallied behind the Prime Minister.

“This is loose talk. The critical thing is to ensure that we deliver on that Brexit mandate,” he told the BBC Radio 4 Today programme.

“Any diversion or any distraction from that mission means that our ability to ensure that the referendum mandate that we were given is delivered, is undermined.”