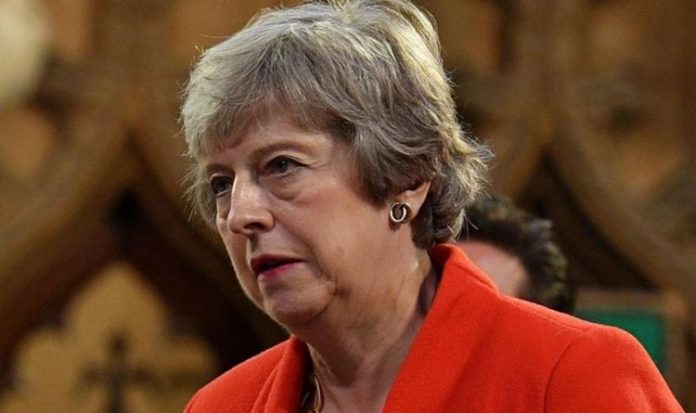 In a scathing attack on the UK, Winston Peters, the Deputy Prime Minister of New Zealand hit out Mrs May’s Government for not pushing forward with the deal at a sooner point. Speaking today, he insisted Mrs May’s administration had allowed “inertia” to set in while focusing on Brexit. He also insisted there had been no clear direction or commitment to the UK’s departure until Boris Johnson became Prime Minister.

Mr Peters said: “Where you have a decision to leave the EU and you don’t have leading the exiting party, a prime minister committed to the departure it’s somewhat predictable that inertia would set in.

“And that’s what we’ve been witnessing from our part of the world until Boris turned up.”

He also expressed his concern over the UK’s inability to come to a free trade agreement with New Zealand sooner.

The second round of talks is expected to take place after initial negotiations in July.

Ahead of those talks, he insisted the current trade negotiations with the EU had held up any chance of a quick agreement with New Zealand.

He said: “We’ve had to look offshore for a long time and so we are seriously match fit when it comes to that, in a way that I don’t believe that the UK is, because the UK has been locked up in the EU all these years.

“And in terms of their trading skills and finesse and their firepower – without being critical – they’ve never had an outing lately.

“They’ve never had a test, so to speak.

JUST IN: ‘Liberal elite become what they claim to hate, they just want power

Although negotiations are set to continue into autumn, any US-UK deal will not be agreed until next year.

The UK, however, hopes to agree a treaty with both the EU and Japan before the turn of the year.

Negotiations had been expedited with Japan with the hope of agreeing on a treaty by September.

However, negotiations have stalled over the status of British food exports, in particular British Stilton cheese.

Negotiations with the EU are set to resume later this month as the two sides work to agree a deal by October.

A deal must be agreed by October in order for the EU 27 to ratify the treaty ahead of the end of the transition in January.

In response to New Zealand’s Deputy Prime Minister, a spokesperson for the Department for International Trade said: “We are excited by the possibility of a free trade deal.

“The first round of talks with New Zealand were positive and productive.

“We’re a step closer to reaching a comprehensive trade deal to boost trade and investment between our like-minded economies.

“DIT is focused on securing free trade agreements that secure benefits for every region and nation of the UK and talks are up and running.”