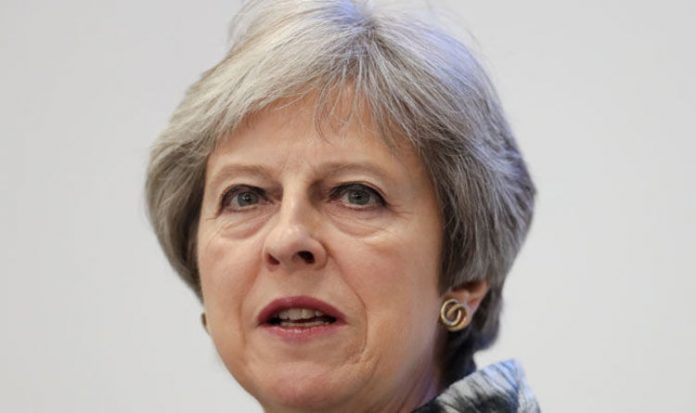 EU Exit Secretary Dominic Raab will release the first in a series of more than 80 technical documents setting out contingency measures needed in case the talks with Brussels collapse.

The potential effect on virtually every aspect of life in the UK – from blood safety and chemical regulation to vehicle standards and workplace rights – is expected to be covered by the documents.

Brexit supporters have welcomed the move but also urged ministers to set out the facts in “neutral terms” rather than scaremongering about the potential consequences of a no-deal divorce from the EU.

Former Brexit minister David Jones said: “A great deal of work has been done on this.

“We need to see these technical notices presented in neutral terms so that both business and the wider country can understand what the consequences would be.

“I think it is a great shame that these documents have not been published sooner.

“We are publishing them six months before our proposed departure from the EU.

“It would have been good if they had been published before because people do need assurance that leaving the EU without a negotiated agreement is not going to be the end of the world – in fact, far from it.”

Tory MEP David Campbell-Bannerman said: “I think the release of No Deal planning papers is a sensible precaution and should calm fears rather than stir them up like some of the far-fetched claims emanating from Project Fear.

“A World Trade deal actually means only one-in-four sectors have any tariffs at all and the World Trade Organisation allows much compensation for any sectors that may be hard hit.

“With £39 billion saved from paying the EU plus the £12 billion net we save every year that compensation would not only be legal it would be more than affordable.”

Officials at the Department for Exiting the EU confirmed that the documents will be released in a series of batches in the coming weeks.

One Whitehall source said: “The notices will calmly show the EU that, in the event of No Deal, we’ve thought of it and we’re going to be ready.

“What it categorically is not is some Project Fear exercise.

“It’s sensible planning so that, if we choose to walk away, we can do it from a position of readiness.”

Foreign Secretary Jeremy Hunt has insisted Britain can “survive and prosper” after quitting the EU without a deal.

He sought to clarify remarks he made earlier this week warning that failure to agree would be “a big mistake” following anger from Brexit-backing Tories who believe the dangers of “No Deal” are being exaggerated by Remain campaigners.

In a tweet sent on Friday morning Mr Hunt said: “Important not to misrepresent my words: Britain WOULD survive and prosper without a deal… but it would be a big mistake for Europe because of inevitable impact on long term partnership with UK.

“We will only sign up to deal that respects referendum result.”

Speaking earlier to ITV Mr Hunt had discussed the risks of no proper negotiated deal, saying: “It would be a mistake we would regret for generations, if we had a messy, ugly divorce, and would inevitably change British attitudes towards Europe.”