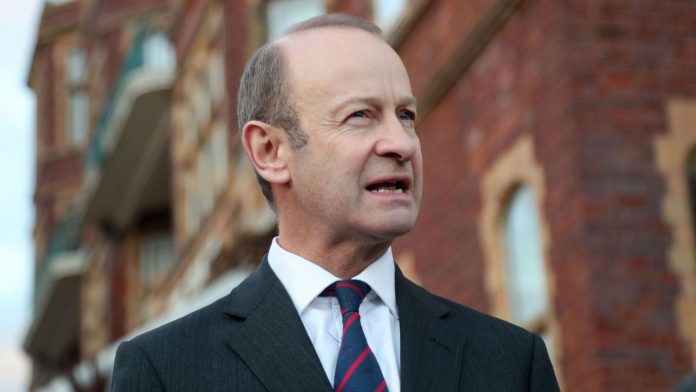 The new political party launched by former UKIP leader Henry Bolton cannot be formally registered with the Electoral Commission because it shares its name with an Islamic relief charity, according to a report.

Kent Online says the former solider – whose career was plunged into turmoil when it emerged that his girlfriend had sent offensive text messages about the Duchess of Sussex – has suffered the embarrassing setback.

The commission has ruled that his party cannot be named One Nation as it could cause confusion among the public, according to the report.

There is already an aid organisation called One Nation with bases in Leicester and West Yorkshire, which helps respond to emergency situations in parts of the Middle East and the UK.

In a statement, the commission said it was legally required to consider whether a party name could mislead voters, and that it had decided people “could reasonably believe the proposed party to represent, or be to affiliated with, the charity of the same name”.

Mr Bolton told Kent Online that he was frustrated by the decision, but that it would at least allow him “more time to develop policies”.

The 55-year-old has been absent from the public spotlight since being ousted as UKIP leader after comprehensively losing a vote of no confidence.

He had faced widespread criticism for his relationship with former model Jo Marney, who sparked outrage when texts in which she used racist language about Meghan were made public.

Ms Marney was suspended by UKIP and later resigned after it emerged she had said Meghan had a “tiny brain” and would “taint” the Royal Family.

In other texts, she referred to Grenfell Tower as a “nest of illegal immigrants”.

Mr Bolton ended his relationship with Ms Marney as he stood defiant in the face of calls for him to stand down as leader, but upon losing his job and quitting UKIP he quickly got back with her.

Earlier this year, he said he wanted to set up a new party that “believes in Britain, that preserves our national identity, culture, heritage and confidence and talks our great nation up rather than down”.