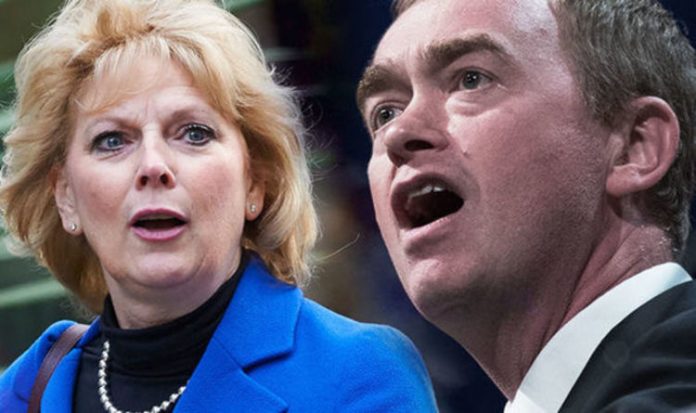 Mr Farron said the Lib Dems would not join the new party but would “work with them”.

Speaking to Politico, he argued that the SDP, Britain’s last big breakaway centrist party, was “very close to having made it”.

He said: “Let some of these people in the Labour Party and the Tory Party grow a flipping backbone and leave. And we should work with them.

“Let them form their own party, we will work with them, and we’ll try and do it together.

“People shouldn’t fall into the mistake of thinking the SDP was a failure. It really wasn’t.

“The day before [former Argentine president Leopoldo] Galtieri invaded the Falklands, they (SDP) were on 51% in the polls and the [Liberal/SDP] alliance got 26% of the vote in ’83 – very, very close to having made it.”

Mr Farron quit as leader of the Lib Dems following the 2017 general election after the party finished third, far behind the Conservatives and Labour.

The party was running on a pro-EU platform while Theresa May and Jeremy Corbyn promised to honour the Brexit vote.

Mr Farron also told Politico: “You see with great frustration – and I’m sure Vince [Cable, the current leader] feels the same – the colossal opportunity in what I will glibly call the centre of British politics, and the desperate need for us.

“I obviously want the Liberal Democrats to recover, become the next government of the country and solve all the problems.”