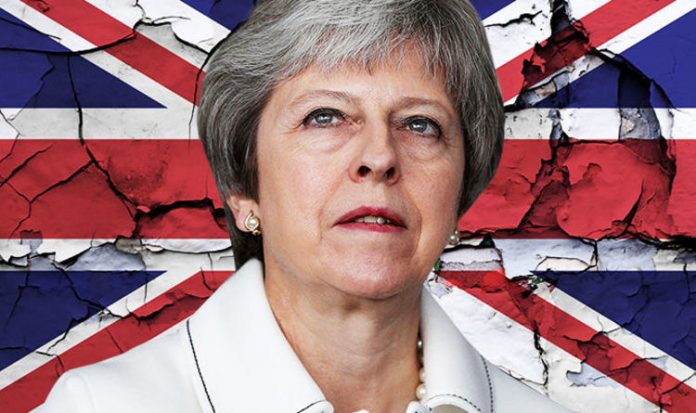 Alexander Clarkson, a lecturer in German and European studies at London’s King’s College, said he doubts Prime Minister Theresa May and her cabinet will be able to negotiate anything long-term for Britain by the March 2019 cut-off.

The Briton, who grew up in Germany, said crunch talks are being diminished because the government is “slowly becoming incapacitated”.

He said Britain has “no systematic preparation for a no-deal and the termination of negotiations” making the country “weak” and “not able to deal with such a crisis” of a no-deal Brexit, which he also dubbed “hell” for the British.

Mr Clarkson told Sueddeutsche Zeitung: “The country could interrupt negotiations, but when hell breaks loose on March 2019, it will not be able to deal with such a crisis.

“Without negotiation results, there is no structure and no legal system.”

He added the post-Brexit transitional period could ask up to six years.

He said: “A relationship as complex as that between Britain and the European Union can not be settled in just a few months.

“After Brexit, the British and the EU must take the time to create a new legal system in a transitional period of four, five or six years.

Mr Clarkson added: “That’s the big irony. The British wanted to get out but just can’t bring it about.”

He warned the UK would “fall apart” after Brexit.

The lecturer: “This is a danger which is making the rounds, the country is leaving the EU and then Scotland, Northern Ireland and possibly Wales are leaving the UK.

“I do not think that this will happen overnight.

“But relations between these three nations and England will become much more conflicted.

“It’s getting harder and harder to enforce stable policies in the UK because different parts are pulling the state apart.”

The Government published a series of documents based on a no-deal scenario and added British citizens living abroad could lose access to their bank accounts.

Though Brexit secretary Dominic Raab insisted he was “confident that a good deal is in our sights” he outlined the Government’s preparations for leaving the EU without a deal.