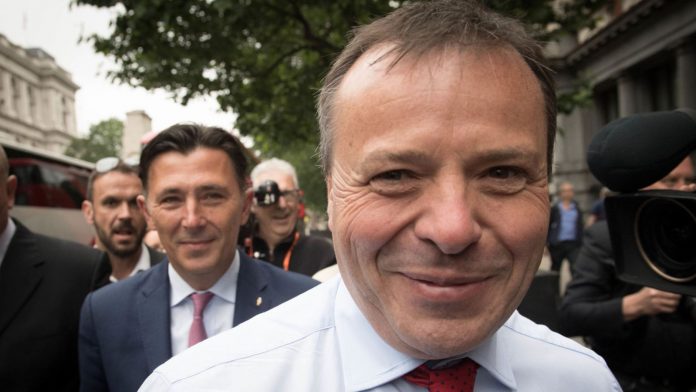 The Conservative party says it has rejected the membership of millionaire Brexit campaigner Arron Banks.

The Leave.EU campaign founder claimed to have joined the party and called on his supporters to follow his lead in an attempt to elect a hard-line Brexiteer as the next Tory leader.

But a Tory party spokesman told Sky News: “Arron Banks and Andrew Wigmore’s applications for membership of the Conservative party have not been approved.”