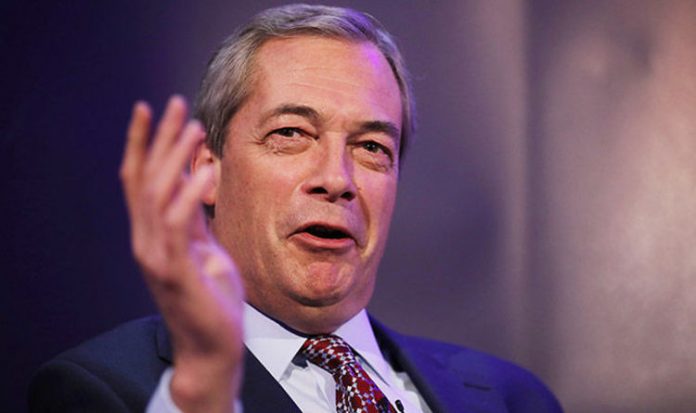 Prime Minister Theresa May unveiled her plan for Brexit at Chequers this month, resulting in a spectacular political fallout.

The plan so deeply divided her cabinet that two of her most senior ministers – David Davis and Boris Johnson – resigned, and she was eventually forced to make concessions.

Amongst the constant infighting and reports of calls for a no-confidence vote, the UK Independence Party has been making a quiet comeback.

The party, which was almost totally obliterated after the 2017 snap election, is climbing up the opinion polls again.

The party has attracted 2,000 new or returning members over the last two weeks alone.

A YouGov poll conducted between July 19 – 20, in which 1,668 adults were questioned, showed about 38 percent would vote for a new party on the right that was committed to Brexit.

Nigel Farage was favoured as a better Prime Minister than Mrs May by 27 percent.

A look at the latest bookies odds show the trend continuing.

Oddschecker has it that UKIP has received 57 percent of bets to claim an overall majority in the next General Election.

He said recently that he would “very seriously consider” running for leadership of UKIP again if the Chequers disaster isn’t properly resolved.

Current party leader, Gerard Batten, told Express.co.uk that while Mr Farage is welcome to run, he’ll have to follow the proper channels.

Mr Batten said: “If he wants to come back as leader then he’s going to have to wait until next year and decide whether he wants to run in the election that will take place when my current one year term comes to an end in mid-April next year.”

Mr Batten said he isn’t surprised by the latest upswing of confidence in his party.

It doesn’t surprise me that support for UKIP is building because we are the only genuine real Brexit party that really wants to take Britain out of the EU unencumbered without paying them money, without obeying their law and without open borders.

That’s what people voted for in the referendum and we’re the only party that is actually representing what the 17.4m people actually voted for.

On whether he’ll run for leadership again, Mr Batten said he hadn’t decided, but that “whether Nigel decides he wants to come back or not will have no bearing whatsoever on my decision.”

Up next, the party will fight for seats in Westminster, after losing their solitary one seat in the 2017 election.

But the party is hopeful that the Tory’s downfall will be its saving grace.

Mr Batten said: “Our first step is to actually win seats in Westminster which is stacked against any other party which isn’t labour or conservative actually being able to break through, and that’s a very difficult thing to do.

“But we are not going to stop trying.”