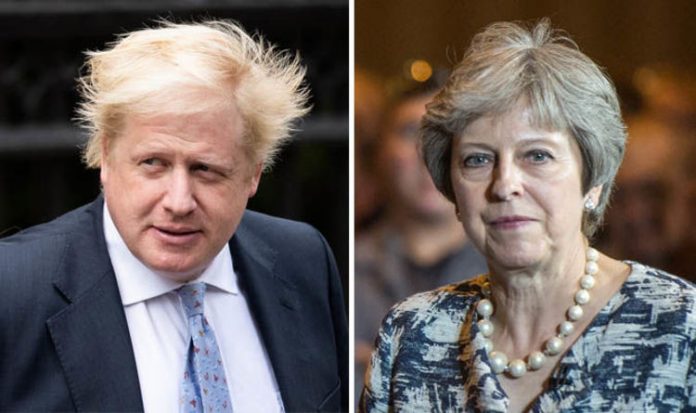 The former Foreign Secretary aimed another broadside at the proposals that he and other Cabinet ministers agreed at Theresa May’s official country residence.

Mr Johnson, Brexit Secretary David Davis and some more junior Tories subsequently quit the Government on grounds they could not live with the deal.

Writing in the Spectator magazine, Mr Johnson likened the plan to stay closely aligned to Brussels, with a “common rulebook” for trade in goods, to leaving a job for pastures new but still having to take orders from the old employer.

“That is what the Chequers white paper means,” he wrote, in his first public comment about Brexit since last week’s resignation speeches in the House of Commons.

“It is vassalage … colony status for the UK.

Separately, Mr Johnson’s spokesman declined to comment on a Buzzfeed website claim the former minister had secret contacts – but not a face-to-face meeting – with ex-Trump adviser Steve Bannon during a recent trip to London.

The controversial rightwinger, who met Mr Johnson when both were in government, is said to be planning to establish an office in Brussels to bring President Trump’s brand of populism to Europe.

He also talked up jailed far-right activist Tommy Robinson as “the backbone of this country”.

Meanwhile Mr Johnson faced new pressure to quit his grace-and-favour official home in Calrton Gardens, central London, which he and his family continue to occupy despite his resignation.

A handful of anti-Brexit protesters parked a van with the slogan “Leave Means Leave Removals Ltd” outside the residence but Mr Johnson did not appear when campaigners dressed as removal men rang the bell.

Mr Johnson is expecting to move out around the end of this month.

A Foreign Office spokesman said: “Former ministers are expected to leave official residences as quickly as practicable at the end of their tenure, taking into account their personal circumstances and family requirements; we can confirm there is no additional cost to taxpayers involved.”

The Johnsons’ London family home is understood to have been rented out for more than £10,000 a year, but he also has an unoccupied property in Oxfordshire.