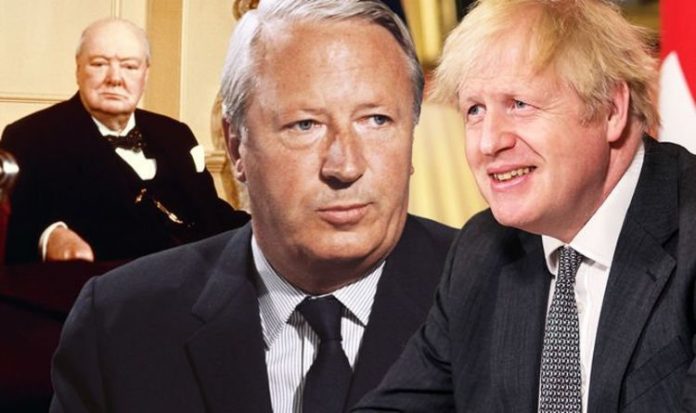 Brexit: Sigrid Kaag warns the ‘threats are even bigger’

Britain might have enjoyed a happier and more stable relationship with Europe if it had signed up to the European Free Trade Association (EFTA), Robert Tombs, the British historian, told Express.co.uk. EFTA was set up in 1960 by a handful of European countries known as the “outer seven”: Austria, Denmark, Norway, Portugal, Sweden, Switzerland and the UK. The group was formed to operate in parallel with what was then the European Economic Community (EEC), the EU’s precursor.

It has often been described as the “goldilocks zone” of Europe, as EFTA member states participate in the European single market and are a part of the Schengen Area, but are not subject to the rules of the EU customs union.

The number of member countries has dropped over the years as nations became eager to join the European Project.

In 1973, the UK along with Denmark decided to join the EEC and so ceased to be members of EFTA.

This was, Professor Tombs told Express.co.uk, perhaps a grave mistake on behalf of the UK political establishment and then Prime Minister Edward Heath.

EFTA: The group worked in parallel to the EEC (Image: GETTY)

He said that if the UK had refrained from signing up to the bloc, which was spearheaded by France and Germany as it is today, then Britain might have shed itself of the complications that followed and dominated the political landscape of Westminster for decades.

Prof Tombs said: “I think the UK rushed into Europe; there was a desperation to get into the EEC which in retrospect seems too hasty as we weren’t under such pressure as people of the time thought.

“If we’d been willing to take our time, and maybe sign a deal with EFTA then we’d probably have had a better and more stable relationship with the EEC.

“As a founding member of EFTA, we could have persisted with that group and signed an agreement with the EEC, like the remaining member nations have today.

“Instead, partly under American pressure, the UK Government thought that after all EFTA was not good enough, and we had to be members of the EEC.”

Prime Minister Heath signed the Treaty of Accession in January 1972.

The UK officially became a member of the EEC on January 1, 1973.

It would leave the single market and customs union exactly 47 years later.

In Prof Tombs’ book, ‘This Sovereign Isle’, he presents Mr Heath’s decision to take the UK into Europe as a “strange” one.

EFTA latest: Heath pictured at the EFTA conference in Geneva in 1964 (Image: GETTY)

Boris Johnson: The PM secured a deal with the EU in the waning days of 2020 (Image: GETTY)

Although on the face of things Britain’s global influence appeared to be receding – its empire had recently fallen – the historian said the UK hadn’t lost all its power.

He wrote: “Having an empire had not been the source of Britain’s power or wealth […] compared with its old rivals France and Germany […] Britain has more than held its own, both militarily and economically.”

Later, he noted the inflated sense of concern that began to stir in Whitehall circles shortly found itself at the heart of Parliament.

A warning from Whitehall at the time, he said, “exaggerated” the EEC’s future power.

Brexit endgame: The events leading up to the UK’s departure from the EU (Image: Express Newspapers)

In a report, it told the Government: “The Community may well emerge as a Power comparable in size and influence to the United States and the USSR,” whereas “our diminished status would suggest only a minor role for us in international affairs”.

Prof Tombs argues that the warnings were not entirely true.

The EU has since found itself in battle with powers separate to the US and the USSR, having forged ties with the former and dissolved the latter.

China appears to be one of its main political and ideological opponents.

Yet, in the waning days of 2020, the bloc, led by German Chancellor Angela Merkel, signed a handsome investment deal with Beijing worth an estimated £176billion.

The move could now reopen historical bad blood with the US, whose new President Joe Biden wants to curb China’s influence on the world stage.

Meanwhile, the EU is only now recovering from the backlash it faced earlier this month following its threat to cut-off the UK’s coronavirus vaccine supplies.

The move effectively erected a hard border on the island of Ireland, furthering an already sensitive political situation in the Irish Sea.

Both were quickly reversed but not before the bloc’s image had gone down in the estimation of millions of Britons, according to several polls.

‘This Sovereign Isle’, published by Allen Lane, is out now.