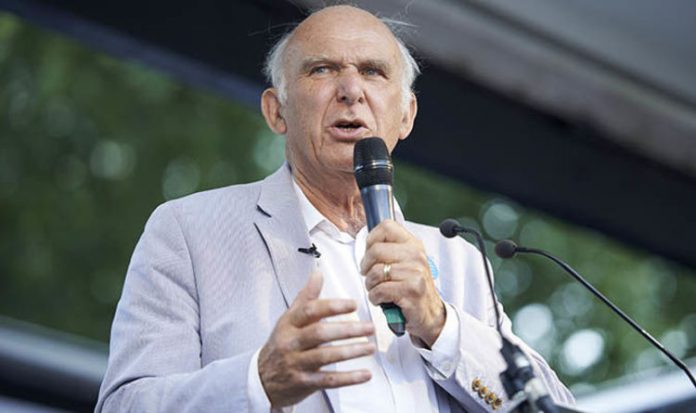 Mr Cable said he won’t immediately quit his role, but will leave only after the announced new party’s structures are implemented and Brexit “is resolved or stopped”.

Britain is set to leave the European Union on March 29 2019.

But Remain-backing Lib Dem party leader is actively working against the withdrawal, advocating with his party for a second referendum.

The Lib Dem also set out a plan to attract younger voters and Remain supporters.

He said: “We should widen membership with a new class of ‘supporters’ who pay nothing to sign up to the party’s values.”

He also said voters who are “liberal-minded” should be allowed to sign up for free under plans to bolster membership.

The party will meet next week for its annual conference in Brighton.