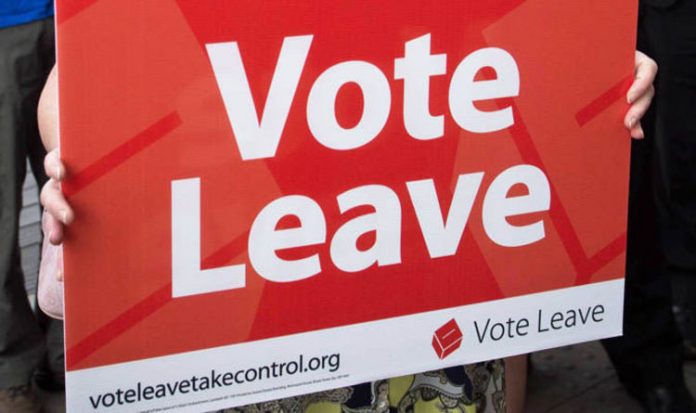 The Electoral Commission watchdog said Vote Leave, the official pro-Brexit campaign group backed by MPs including Boris Johnson and Michael Gove, should have put £675,000 it gave a smaller group, BeLeave, in its own spending declaration, because they were enacting a “common plan”.

Vote Leave also provided incomplete and inaccurate records of other spending and is being fined £61,000 while David Halsall, the “responsible person” in charge of providing true declarations has been referred by the EC to Scotland Yard.

Darren Grimes, the fashion student who founded BeLeave and declared the £675,000 as a Vote Leave donation which he spent, despite having a legal campaign spending limit of just £10,000, has been fined £20,000 and also referred to police.

A Vote Leave spokesman said: “The EC’s report contains a number of false accusations and incorrect assertions that are wholly inaccurate and do not stand up to scrutiny.”

Claiming the regulator ignored evidence of Vote Leave’s innocence and Remain campaign wrongdoing, he added: “All this suggests that the supposedly impartial Commission is motivated by a political agenda rather than uncovering the facts.”

Mr Grimes said it was “incredible” he was being fined so much for ticking “the wrong box on an application form” and he had been “persecuted” despite doing nothing wrong.

Brexit-backing Labour MP Kate Hoey noted that the then pro-Remain Government spent £9million on a pre-campaign leaflet to every household in the country, and that even if Vote Leave did overspend, it was “ridiculous” to think that changed the result.

Anti-Brexit MPs told the Commons the public was “cheated” in 2016 and deserved a new vote but pro-Leave Tory David TC Davies said their outrage was false and ” to do with the fact that they lost … despite the fact that they themselves overspent by millions of pounds”.

Cabinet Office Minister Chloe Smith said the UK had robust election rules it could be proud of and the Government would continue delivering on the referendum result “because we believe in the people’s ability to make a choice”.

The EC said its investigation was “thorough and fair”.