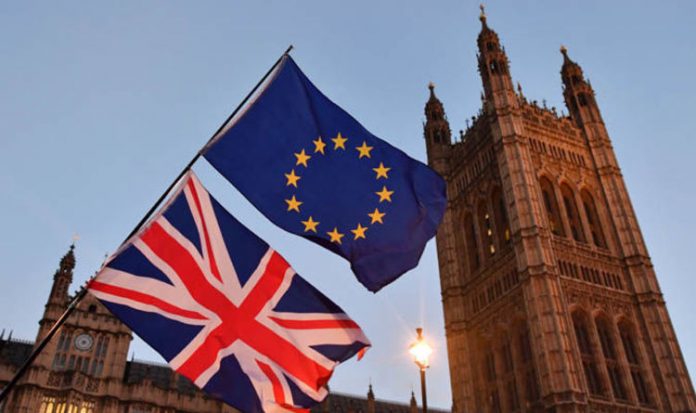 With Brexit’s end date not far off, it has emerged government ministers have drawn up plans to send the army in for food and medicine deliveries in case of shortages.

The plans, usually only used in civil emergencies, has been dusted off as part of “no-deal” forward planning.

The plans outline how helicopters and army trucks would be used to ferry supplies to vulnerable people out of the big cities.

The newspaper also reveals that supermarkets are warning suppliers to stockpile essentials, and the NHS would go on a year-round “winter crisis footing,” stockpiling European Union medicines.

Why is the army on standby?

There is concern that, if Britain crashes out of the EU with no deal, there will be massive blockages at ports as authorities battle to adjust to new trade and tariff laws.

This could result in delays in essential supplies such as medicines making it to those who need them in time.

The army would be called in to help ferry supplies if the blockages led to shortages of food, fuel and medicines.

A Ministry of Defence source told the Sunday Times that “no formal request” to supply aid had been received but said the department has “a blueprint for us supporting the civilian authorities that can be dusted off”.

There is concern among Brexiteers that this revelation on contingency planning is a scaremongering attempt by the government.

A minister said: “There is a lot of civil contingency planning around the prospect of no deal.

“That’s not frightening the horses, that’s just being utterly realistic.”

Further plans to stagger publication of reports on no-deal planning throughout the summer have been scrapped amid fears they could start a panic.

They will be released in one go, late in August once parliament has reconvened.

Mrs May said last week the public should feel “reassurance and comfort” over the government’s preparations for a no deal scenario.

She added her government was being “responsible and sensible” whilst simultaneously trying to strike a good deal with Brussels.

She told 5 News: “Far from being worried about preparations that we are making, I would say that people should take reassurance and comfort from the fact that the government is saying we are in a negotiation, we are working for a good deal.

“I believe we can get a good deal – but because we don’t know what the outcome is going to be, let’s prepare for every eventuality.

“This is not just about stockpiling.

“That concept, what it is, is about making sure that we will be able to continue to do the things that are necessary once we have left the European Union, if we leave without a deal.”

Former Home Secretary Amber Rudd struck a harsher tone writing in the Sunday Times: “Anyone who claims Brexit will be easy is being as cavalier with people’s future as those who deny the belching of fossil fuels into the atmosphere is warming the planet.”