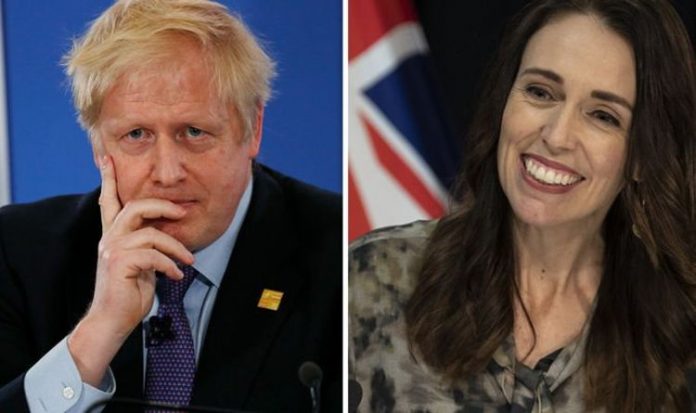 After almost a year of negotiations and multiple missed deadlines, Britain and the EU have finally secured a post-Brexit trade deal. Announced on Christmas Eve, Prime Minister Boris Johnson described it as a “jumbo Canada-style” deal and declared: “All our red lines about returning sovereignty have been achieved. “Everything that the British public were promised during the 2016 referendum and in the general election last year is delivered by this deal.

She added that on issues such as climate change the EU and the UK will stand “shoulder to shoulder to deliver on our common global goals”.

As usual, though, the devil is in the detail and in the full text of the trade deal published on Saturday morning, it has emerged that New Zealand farmers will have to go through less red tape than Britain, as there is no “equivalence” agreement.

“As it stands they say ‘New Zealand has a closer relationship on SPS with the EU than Britain from January 1’ with an agreement that limits checks (1 percent) and simplifies paperwork.”

Sharing his frustration, a Twitter user wrote: “British farmers now have more red tape to sell lamb to the EU than New Zealand farmers do.

“We’ve put up a border within the UK. We’ve made ourselves poorer and weaker.

Ian Wright, chief executive of the Food and Drink Federation, said about the deal: “This week’s chaos at Dover and the last gasp nature of this deal means that there will be significant disruption to supply and some prices will rise.”

Shane Brennan, chief executive of the Cold Chain Federation, said the arrangements would mean that the UK’s “food chain will be slower, more complex and more expensive for months if not years”.