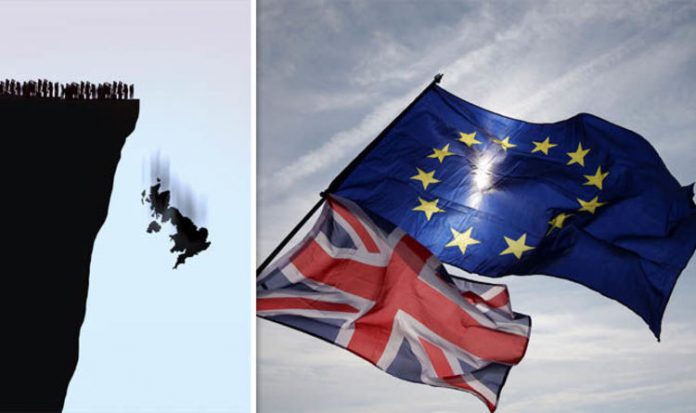 The papers, aimed at providing guidance to businesses and the public to allow preparations, outline preparations if the UK crashes out of the EU with no deal on March 29, 2019.

Brexit Secretary Dominic Raab said in a statement: “Getting a deal with the European Union is still by far and away the most likely outcome.

“These technical notices are part and parcel of our sensible, pragmatic approach to preparing for all outcomes.”

What exactly do the papers say?

The papers, available for all to read on the government website, cover a number of key topics.

Here are those with the greatest impact, summarised:

If there’s a no-deal Brexit, you might not be able to drive in some EU states without an international driving permit which you’ll have to buy.

And if you live in the EU and use your UK licence, in the case of a no-deal you’ll have to take a driving test again rather than swapping your UK one.

A no-deal Brexit means free roaming in the EU cannot be guaranteed.

The government said it will try to legislate a cap on roaming charges, but there will still be a fee.

If the UK crashes out, anyone who wants to travel to the EU after Brexit must have at least six months left on their passport to travel.

In a no-deal scenario, UK citizens will not be able to apply for a European Firearms Pass, and will have to check with each country what the gun laws are.

If there’s no deal, goods from the UK won’t babe covered by EU quality rules on goods.

That means any businesses wanting to export products would be subject to checks depending on the legislation of each country they want to send to.

Goods tested by a UK body would no longer be recognised by the EU, meaning they’ll have to go through checks again.

As with goods, car manufacturers will face similar regulation.

If a car or its parts are made in the UK, they’ll have to apply for EU “type approval,” which shows they comply with EU safety and environmental standards.

As it stands, broadcasters in the EU can show their channels in any of the member states, but they only have to come under the scrutiny of one of the members, usually the country of origin.

For example, the BBC can broadcast in France but the broadcaster only has to answer to Ofcom, not the French equivalent.

But this will be a thing of the past with no deal, with broadcasters having to abide by laws of each country they want to broadcast in.

The UK has pledged to keep the EU standards on air, water and land pollution, written into EU law to protect the environment and the health of citizens.

But without a deal, there is likely to be an extended period while we wait for these to be re-written into EU law.

Also, when it comes to products using damaging chemicals, the companies who make and sell them may need two different permits – one for the UK and one for the EU.

In a no-deal scenario, UK pharmaceutical companies will have to obtain licences worth thousands of pounds to sell into the bloc.

If there is a no-deal Brexit, grass from the EU to fund projects such as transport, job creation or teaching programmes could be cut.

A no-deal Brexit could lead to all UK ships having to apply for an exemption to each port it wishes to dock in.

The papers also reveal crew members from the UK may be affected as they would no longer hold the correct certificates to work on EU vessels.

The UK has said it will continue to recognise EU certificates for European workers on British boats – but it is up to the EU to reciprocate that.