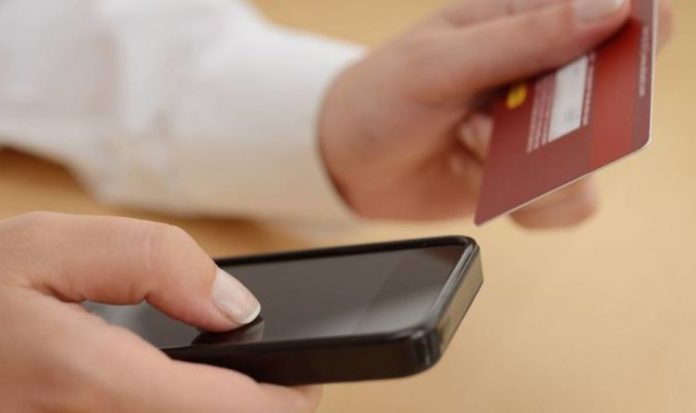 Martin Lewis advises caller who lost £8,000 through a scam

Britons are being urged not to give out their details if they receive the message on their phones or click on any links the texts may contain. The scam comes as the UK is still adjusting to post-Brexit changes after fully cutting ties with the bloc last month. The message stated people must confirm their identity to “keep up with EU standards”, although there is no further information or explanation about what the new standards are.

The text message said: “We need to verify your identity to keep up with EU standards.”

It then added that recipients should “avoid restrictions” by visiting a website link in the text, where they are then asked to upload their personal details.

But the Chartered Trading Standards Institute (CTSI) said the message is part of a phishing scam using Brexit as a cover for stealing personal information.

Brexit scam warning: Britons have been urged not to share their personal details (Image: GETTY)

She said: “Scammers are using public uncertainty over the Brexit deal to obtain crucial personal details which could put people’s bank accounts at risk of being stolen.

“The covid pandemic has seen many different scams target the public along those lines, while Brexit is providing another theme for scammers to use.

“It is vital that the public reports these messages to the authorities, and especially any websites connected to them.

“Doing so provides essential intelligence and enables the authorities to take down malicious websites and fraud networks swiftly.”

tThe message is part of a phishing scam using Brexit as a cover for stealing personal information (Image: GETTY)

The UK spent months hammering out a trade agreement with the bloc over future arrangements between them.

This has meant the UK has been forced to adapt to new rules on both the rights of EU citizens in the UK and UK citizens living in other parts of the EU, as well as the UK’s financial commitments undertaken as a member state, and border issues.

But there have been concerns that new rules could leave businesses and citizens exposed to fraud.

Last month, Barclays bank warned there had been a 20 percent surge in scams that were targeting businesses over the past five months to capitalise on the changes that Brexit would bring.

Jim Winters, Barclays Head of Fraud, said: “Many businesses across the UK are busy preparing ahead of the Brexit transition deadline.

“However, they need to be on their guard as fraudsters will often ramp up their efforts during uncertain periods.

“Business owners, perhaps not used to the new rules following our departure from the EU, may find it more difficult to differentiate between genuine and fake claims.

“It’s important that business owners and their staff are aware of the different type of scams that can occur.

“If they’re ever in doubt, they should always double-check with their bank or a source they know is genuine.”

READ  Inspired by space? Win a chance to talk to Tim Peake

The Money Advice Service also warned on its website that people have been targeted with email scams using Brexit as a cover.

However, the service added the Government will not send out emails asking for personal details to help with Brexit.

It said: “There are several scam emails about Brexit which often pretend to be from the government asking for personal details.

“The Government is not sending any emails about Brexit in this way. If you receive an email asking you to click a link or asking for personal details, just delete it or ignore it. It’s almost certainly a scam.

“Be careful when taking or receiving unexpected calls, emails and text messages.

“Remember your bank will never ask you to reveal your full PIN or password or ask you to move money to another account.

“If you’re worried, check with your provider independently using a number you know is genuine.

“For example, use the number on the back of your card or from your annual statement or policy documents.”