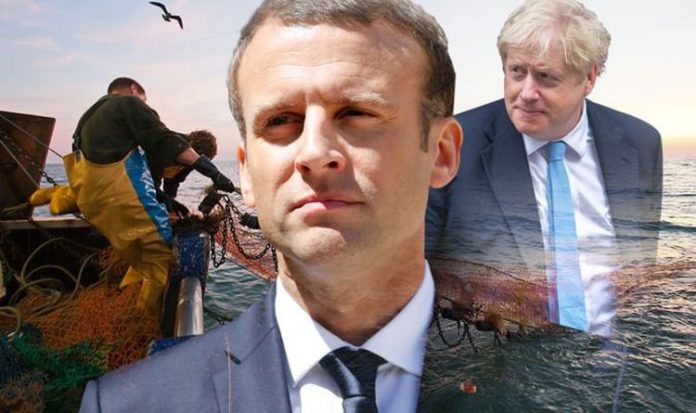 Prime Minister Boris Johnson reached an agreement with President of the European Commission Ursula von der Leyen last week to extend Brexit trade talks for another month. EU sources said the conversation was “not a game-changer” but not “unhelpful”, with both sides showing resolve to find “landing zones” on the most difficult areas. It comes after the EU and UK negotiators have clashed over their respective red lines, leading to stalled negotiations. Brussels negotiator Michel Barnier has demanded the EU keep access to UK waters, or Britain will be excluded from European markets.

French minister, Clement Beaune, said this week that French fishermen must be protected as they face the prospect of losing access to Uk waters.

But in July this year, Mr Beaune warned that a deal could be blocked by France.

He said that France will continue to take a strong stance on matters such as EU rules and standards, and protecting sectors such as fishing.

Mr Beaune said: “We have a negotiator – Michel Barnier, who is French – who once again this week is in discussions with the British to try to find a deal.

“But I will say one thing very simply: we will not accept a deal at any price because this is not in the interest of France or Europe.

“It’s better to have a deal, because it organises our trading relationship, it avoids having customs duties for example. We trade a lot with the UK so it’s in our interest.

“But it’s out of the question that the British should have access to our markets without respecting our rules; our health and safety, food and environmental standards. We must protect our values.”

“That would be a difficult situation and we would have to organise support for certain sectors such as our fishermen. We’re not there yet and it’s not what I’m hoping for.

“But we must not let ourselves be intimidated and I want to tell fishermen and farmers and other sectors that we will not allow ourselves to be pushed around when it comes to our essential interests.”