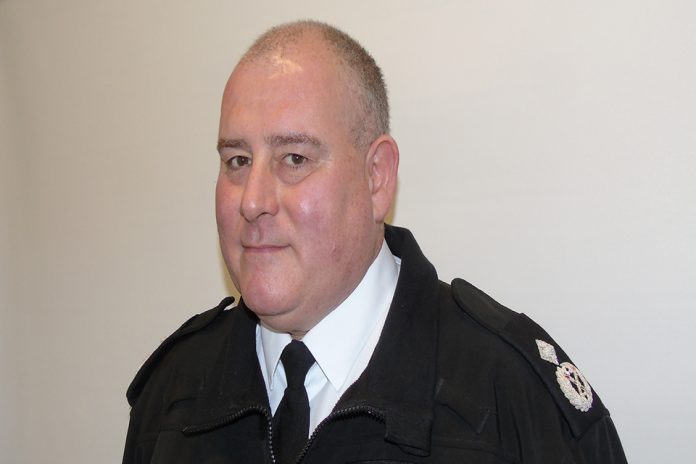 The Civil Nuclear Constabulary’s Deputy Chief Constable Chris Armitt has been awarded an OBE for services to policing.

The HM Queen’s Birthday honours list for 2020 recognises the achievements of a wide range of extraordinary people.

DCC Chris Armitt has worked in policing for 30 years. Since 2019 he has been responsible for developing and maintaining the capacity and capability of the CNC to deliver its mission. Prior to that as the CNC ACC Operations he was responsible for a complex operational division containing over 800 police officers and staff, based at high profile sites such as Sellafield and Dounreay, as well as seven EDF nuclear power station sites.

Chris Armitt joined the CNC in July 2015, after a 25-year career with Merseyside Police, having joined as a PC in 1989.

During his varied career, Chris has fulfilled a wide range of operational roles including leading the Basic Command Units at St. Helens and Toxteth. He also has extensive experience in managing public order situations and was one of the first officers nationally to complete the Advanced Public Order Commander Programme.

In 2014 Chris was seconded to Gwent Police to fulfil the role of Gold Commander for the policing and security of the NATO Summit. In June 2015, he was awarded the Queen’s Police Medal for distinguished service.

Speaking after the announcement DCC Armitt said: “Being recognised in this way is totally unexpected and I feel immensely privileged and humble about this award. Most police officers will tell you they are just doing their job and I am no different. During all of my service I have worked with some amazing people and I see this award as a recognition of the team effort in many different operational settings and environments. My father was a police officer as was my wife, who has just retired at the end of her service, and one of my son’s is still currently serving as a PC, so there is a strong policing tradition in my family and I hope they feel as proud as I do.”

CNCs Chief Constable Simon Chesterman said: “I am immensely proud of Chris; this prodigious award is richly deserved. Chris and his family are steeped in public service and operational policing and it is wonderful to see him recognised in this way. He has made a real impact and a significant contribution to public protection and the safety and security of the UK.”

Chris’ entire career has been spent in public service. He began his working life at 16 years old and prior to joining Merseyside Police he gave eight years of service with the Royal Engineers.