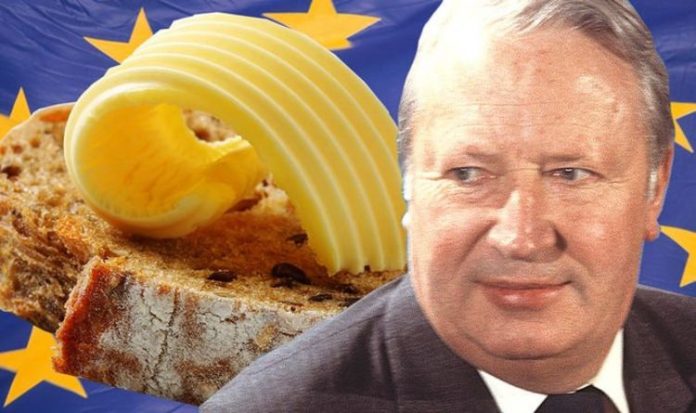 Trade talks between Britain and the EU are being held in Brussels this week, with time running out to agree a deal before the UK leaves the single market and customs union on December 31. Despite optimism at the start of November, both sides say daily meetings have produced little progress on the fundamental blockages that have dogged an agreement since the start of the year. As the talks resumed in Brussels this week, the UK’s chief Brexit negotiator David Frost said: “We’re working very hard to get a deal but there’s quite a lot to do.”

Europe’s leaders will demand today that the European Commission publish no deal plans amid fears that the talks are dragging on without businesses knowing what they need to prepare for in the worst-case scenario.

The Netherlands, France, Belgium and other frontline countries are worried that businesses and fishing communities will be hit by economic disruption without EU contingency measures.

On the other hand, Downing Street insists that Britain is not afraid of leaving the bloc without an agreement, despite several business leaders fearing a “dual impact” from both the coronavirus pandemic and a no deal Brexit.

As tensions are set to rise and the clock ticks down, lifelong Labour Party supporter and donor John Mills recalled in an exclusive interview with Express.co.uk how when Britain joined the European Economic Community (EEC) – the precursor to the EU – the price of butter skyrocketed.

Britain joined the bloc in 1973 under the premiership of Conservative Prime Minister Edward Heath.

Less than two years later, Mr Heath’s successor, Harold Wilson, called for a referendum as his party, Labour, was deeply divided on the issue of Europe and so was the country.

Mr Mills, alongside left-wing veteran Tony Benn, strongly campaigned for Britain to leave the EEC and its trading bloc.

One of his reasons was the immediate surge in food prices Britain faced once it joined the European club.

Mr Mills, the national agent of the ‘No’ campaign, said: “I do remember the price of butter quadrupling after joining the EU.

“I was against the bloc because food prices were going up at a worrying level.

“There were butter mountains, there were wine mountains…”

The eurosceptic added: “The perception that the EU is wasteful and that the money is spent on the wrong things… well, that is what convinced people to vote the way they did in 2016.”

Mr Mills’ ‘No campaign’ warned that “the price of butter would have almost doubled by 1978 if Britain” did not leave.

It claimed that the EEC, through the Common Agricultural Policy, forced Britain to buy food from other member states and banned the import of cheap butter from New Zealand.

Although the debate continued about whether the EEC was entirely to blame for that, Britain voted to stay and a BBC report confirmed that the price of butter did not just double, but had in fact quadrupled by 1978.

During a debate with fellow Labour MP Roy Jenkins before the referendum, Mr Benn argued that the Common Agricultural Policy (CAP) was a “siege economy” designed to favour the French and harm Britain.