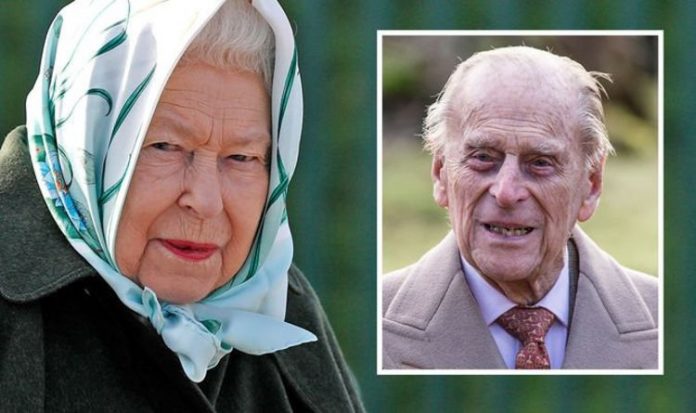 The Queen is believed to have fallen in love with Prince Philip soon after first meeting the 18-year-old naval cadet during a visit to Royal Naval College Dartmouth in 1939. Her Majesty however saw the Royal Family put some obstacles on her path to marriage as the King and Queen were “unconvinced” about Philip’s suitability for their daughter. Alberto Angela, the presenter of RAI documentary series Ulisse, said: “Marriage was one of Elizabeth’s greatest victories and a clear affirmation of her personality.

“To be honest, her parents weren’t quite convinced of that handsome officer. Yes, he belonged to the Royal Family of Greece but his sisters had married German nobles who were involved with the Nazi Party. Philip was also penniless.

“But Elizabeth, who had always been very obedient, at least in love wanted to do her own thing and, in the end, she managed to win.”

King George VI attempted to test the connection by embarking on a six-month-tour of South Africa with Princess Elizabeth and her sister Margaret shortly after the end of World War II.

But despite the distance and the time spent apart, Prince Philip proposed to Elizabeth in early 1947 after having agreed with the King they would only become engaged after the princess had turned 21.

JUST IN: Prince Charles takes up ANOTHER royal as he backs major heritage campaign

In addition to the long wait, the Greek prince also had to agree to give up his royal titles and take on a more British-sounding surname.

Mr Angela continued: “Philip, however, had to give up his foreign titles and become Duke of Edinburgh, taking a British surname, that of his uncle Mountbatten.

“The dynasty remained Windsor, but the surname of the descendants, excluding the heirs to the throne, will be Mountbatten-Windsor.”

The new title was granted to Philip shortly after the wedding happened in November 1947 but it would take the Queen ascending the throne for the “penniless” prince to officially gain the title of Prince of the United Kingdom.

The years immediately after the wedding proved to be the most normal and carefree both Elizabeth and Philip would get to experience.

After a brief stint in Malta, where the Duke of Edinburgh served as commander of HMS Magpie, the royals were forced to head back to Britain due to George VI’s failing health.

The then Duke and Duchess took on an increasing number of duties from the sovereign and in February 1952 embarked on a tour of Kenya.

But mere days after their departure, the couple headed back to the UK in full mourning after the death of the king.

Despite the initial doubts of the Royal Family, Prince Philip proved to be a dutiful servant and supporter of Her Majesty.

The Duke attended over 22,000 engagements both in the UK and abroad before retiring from official duties in 2017.