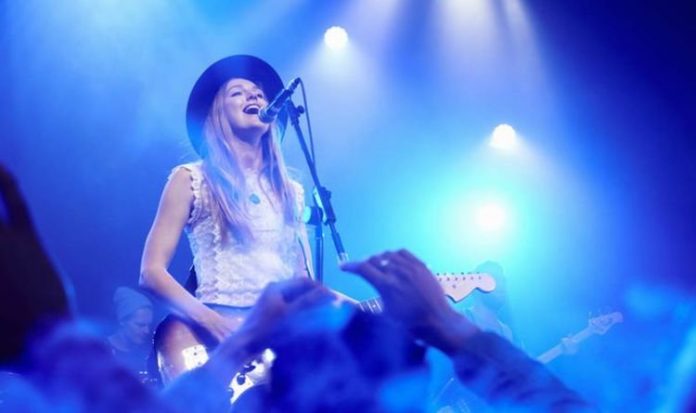 The UK Government says that if the member states of the EU wanted to they could “match our arrangements tomorrow”. Groups representing British musicians have warned of “devastating consequences” for the industry, with red tape making short notice touring in some European states “virtually impossible”. Britain allows European artists and musicians who are invited to perform in the UK to undertake paid work for up to a month without a visa. But UK musicians face different visa requirements across the 27 remaining member states.

Touring musicians need a work permit or visa to perform in countries including Spain, Italy and Portugal.

Brussels is accused of rejecting UK proposals which would have given artists of both sides of the Channel reciprocal freedoms.

A  UK Government spokeswoman said: “[Our] proposals during negotiations were based on feedback from the music sector and would have allowed musicians to tour – but the EU repeatedly rejected them. The EU’s offer wouldn’t have worked for musicians and didn’t respect our commitment to take back control of our borders.

“The UK remains more open to touring musicians from the EU than many EU Member States are for UK musicians. The EU and member states could match our arrangements tomorrow, if they wanted to, and we hope those in the music industry who have spoken passionately about touring in Europe will encourage them to do so.”

Jamie Njoku-Goodwin, chief executive of UK Music, urged both sides to come to a new agreement to support musicians.

He said: “British musicians and their crews want to tour in Europe, and European venues are desperate to have them. Meanwhile, the UK has a vibrant live music scene that has always showcased global talent and attracted top  artists from across Europe.

“Barriers to touring are a lose-lose for everyone – both the UK and the EU have said they want music touring to continue post-Brexit, so there’s no excuse for not reaching a solution. The UK and the EU need to urgently get around the table and agree a solution.”

A petition calling on the UK Government to negotiate a work permit which would allow visa-free travel across the 27 member states has gained more then 281,000 signatures.

The EU insists its offer was more generous than what Britain put on the table.

A European Commission spokesman sought to blame the UK for the difficulties musicians may face, saying: “The UK has chosen to no longer allow the free movement of EU citizens to the UK. It also refused to include a chapter on mobility in the post-Brexit agreement].

“The UK refused to include a commitment on visa-free short stays in the Trade and Cooperation Agreement… As a result, it is now up to each member state to determine if a visa is required for short-stay visits for the purpose of carrying out a paid activity.

“This is fully in line with EU law.”

Culture minister Caroline Dinenage defended the UK Government’s record, saying the EU’s proposals “did not include touring but only ‘ad hoc’ performances, did not include technical staff, and did not address work permits”.

She said the EU rejected British proposals which “would have allowed musicians and their technical staff to travel and perform in the UK and the EU more easily, without needing work-permits”.